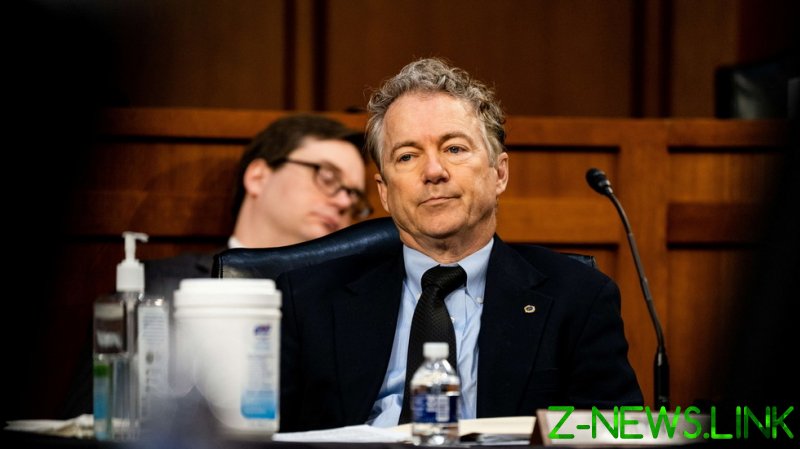 The letter, which was sent to the lawmaker’s home in Kentucky on Monday, is now being examined for dangerous substances, an adviser to Paul told Politico, while the senator himself confirmed that he received the package in a tweet later in the evening.

“I take these threats immensely seriously. As a repeated target of violence, it is reprehensible that Twitter allows C-list celebrities to encourage violence against me and my family,” he said.

Paul elaborated further in a statement to media outlets, saying that American singer Richard Marx had recently “called for violence” against him online. He was apparently referring to a Sunday social media post in which Marx celebrated a violent assault on Paul by a neighbor, leaving the senator with several broken ribs.

According to Fox, which obtained a copy of the threatening missive, the letter also featured an image of a “bruised and bandaged Paul with a gun to his head,” as well as text that read “I’ll finish what your neighbor started you motherf——.”

The neighbor, Rene Boucher, was charged with assault and spent 30 days in prison after the 2017 incident, which was reportedly sparked by a dispute over yard debris.

The FBI’s Louisville office told CNN that it is investigating the suspicious package alongside the Capitol Police and the Warren County Sheriff’s office, noting it is providing “forensic and technical support.”