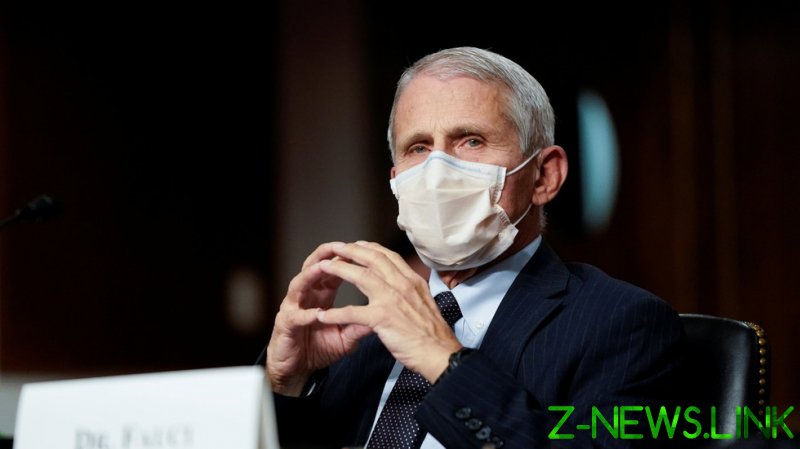 During yet another heated exchange at a Senate committee hearing on Thursday, Sen. Paul (R-Kentucky) argued that Fauci’s agency, the National Institute of Allergy and Infectious Diseases (NIAID), approved funding for risky “gain of function” research at the Wuhan lab, and that the health adviser should acknowledge doing so and resign his post.

“Until you accept responsibility, we’re not going to get anywhere close to trying to prevent another lab leak of this dangerous sort of experiment,” Paul said. “You won’t admit that it’s dangerous, and for that lack of judgment, I think it’s time that you resign.”

Paul cited a letter sent to Republican lawmakers by National Institutes for Health (NIH) deputy director Lawrence Tabak late last month, claiming it confirmed that gain of function research was conducted at the Chinese lab under a grant for a US-based non-profit, the EcoHealth Alliance, which was approved by Fauci as the head of NIAID.

Though the letter states that the pathogens researched under the grant to EcoHealth “could not have been the source for SARS-CoV-2 and the Covid-19 pandemic,” it acknowledged that the organization failed to report potentially concerning findings in its work with bat coronaviruses. The message has been touted by several Republican lawmakers as proof that Fauci and other health officials have misled the public about the research.

Fauci, however, denied the allegations unequivocally on Thursday, saying Paul’s claims were “completely” and “egregiously incorrect” while stressing that he carried no blame whatsoever for the pandemic.

“History will figure that out on its own,” the senator fired back, noting that “No one is alleging that the published viruses by the Chinese are Covid. What we are saying is that this was risky type of research…and that Covid may have been created from a not yet revealed virus.”

Thursday’s Senate Health, Education, Labor, and Pensions Committee hearing was far from the first public sparring match between Fauci and Paul, as the lawmaker has repeatedly pressed for answers about what kind of research was funded in China. Fauci has maintained that nothing untoward occurred at the Wuhan lab and that the grant to EcoHealth did not fund what he would define as “gain of function” work.

The health adviser has also come under fire in recent weeks from lawmakers on both sides of the aisle as well as animal rights groups over charges NIAID funded cruel research on dogs, including “cordectomy” procedures, in which an animal’s vocal chords are slit to “prevent them from barking, howling or crying” during the tax-funded testing. In a statement to media outlets last month, NIAID acknowledged funding experiments on young dogs to study the effects of a vaccine against a parasitic disease, leishmaniasis, but insisted the research, including the surgical procedures, was “conducted humanely.”