Fauci comes up with new ‘rule’ to wear masks 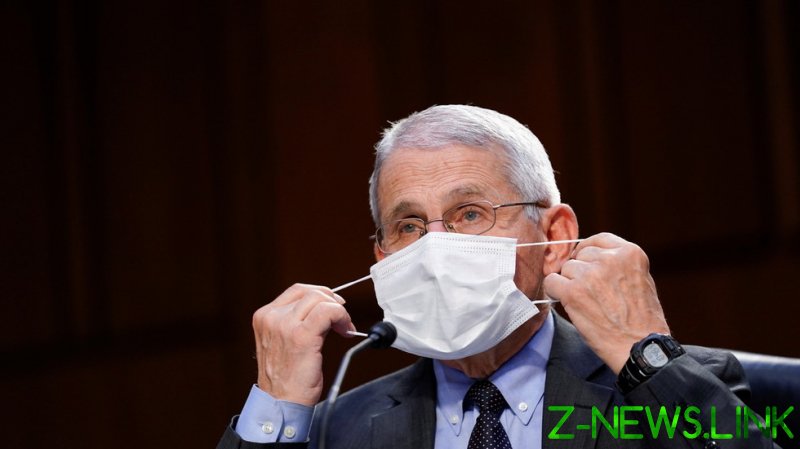 Appearing at a book launch party for journalist Jonathan Karl this week at Cafe Milano in Washington DC, Fauci gained the attention of onlookers, according to Politico, by repeatedly putting on and taking off his mask as he talked to numerous people. This also happened as “gawkers” attempted to get a picture of the unmasked infectious disease expert.

“He said, ‘I just decided that if anyone came up that I didn’t know, I would put my mask on,” the author recalled from her conversation with Fauci.

The head of the National Institute of Allergies and Infectious Diseases was apparently on his own with his mask-wearing tactics, as Quinn reported all others at the event were not masked.

Quinn described the “paparazzi” as trying to catch Fauci in a “gotcha” moment, but also suggested that the doctor “was being safe.” All those who attended the party had to show proof of vaccinations beforehand.

Washington, DC recently dropped its strict mask mandate, though this does not go into effect until Monday, November 22. Masks will no longer be required in numerous indoor spaces, though they are still required in schools, libraries, public transportation, etc. Private businesses have the option to require or not require masks, under the new guidance.

Fauci’s latest mask advice has left some confused, and only refueled the controversial doctor’s conservative critics, some of whom have renewed calls for his dismissal.

Fauci has promoted mask-wearing in the past, even among the vaccinated, saying the act works to protect those unvaccinated against coronavirus, as well as those who are more vulnerable to the virus.

In an interview this month with Bloomberg TV, Fauci said US citizens “will not have to wear masks forever,” but “we’re not there yet.”

“We need to keep our foot on the pedal and not pull back as we head back into the winter months,” he said.