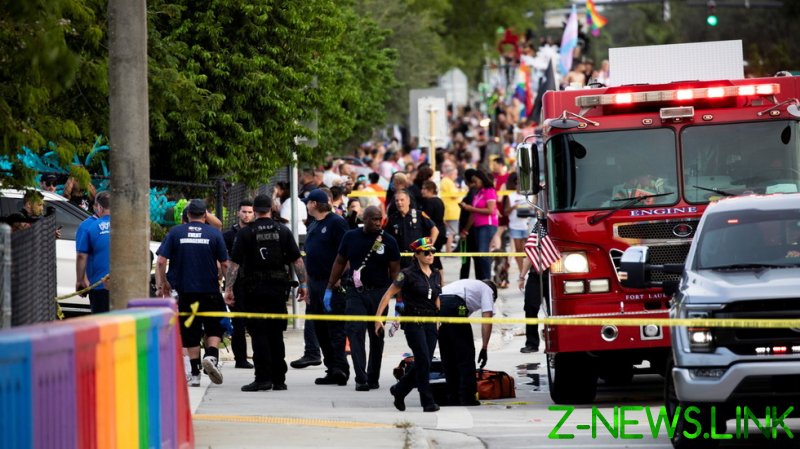 One person was killed and another injured when a truck drove into a crowd gathered for the Wilton Manors Stonewall Pride Parade near Fort Lauderdale, Florida, on Saturday evening. A white pickup truck reportedly veered toward the car of Democratic Representative Debbie Wasserman Schultz, who was attending the parade, before swerving into a building and hitting two people, one of whom died.

Fort Lauderdale Mayor Dean Trantalis, a Democrat, instantly portrayed the incident as a homophobic “terrorist attack.” Speaking from the scene, he declared “it was deliberate, it was premeditated and it was targeted against this specific person,” referring to Rep. Wasserman Schultz.

Trantalis’ proclamation was repeated by national and international media, before the Wilton Manors Police Department made him eat his words on Sunday afternoon. After a joint investigation with the FBI, the department stated “we know that yesterday’s incident was a tragic accident, and not a criminal act directed at anyone, or any group of people.”

However, even as Trantalis spoke, evidence of the crash being a tragic accident was apparent. The driver emerged from his vehicle wearing a ‘Fort Lauderdale Gay Men’s Chorus’ t-shirt, and the chorus’ president told the media that both driver and several parade participants were part of the singing group.

“To my knowledge, this was not an attack on the LGBTQ community,” he said.

When news of the accidental nature of the crash broke, some conservatives turned their anger on the media for broadcasting the mayor’s claims. “Within moments, Democrats and their #FakeNews Media allies began treating the incident as a hate crime,” conservative commentator David Burke tweeted. “It wasn’t. Journalism is dead.”