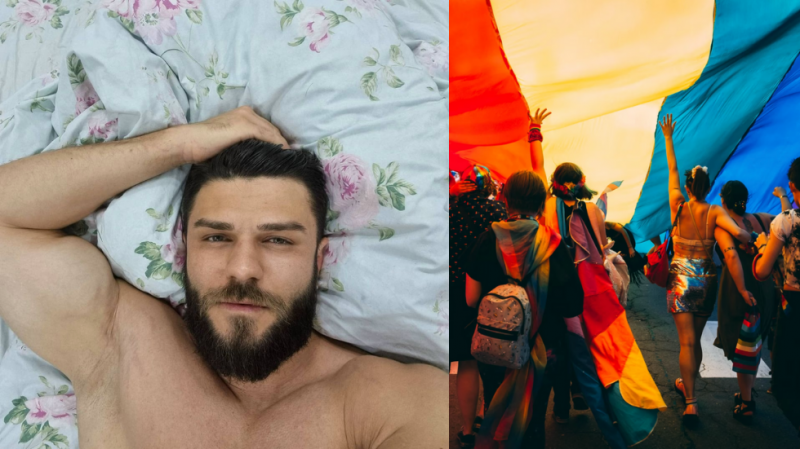 In a statement published online and seen by local media on Tuesday, Vladislav Pozdnyakov, the founder of Male State, said that the Telegram messaging service had threatened to kick its account off the platform. After complaints from Apple and Google, which host Telegram in their app stores, messages from the company show that Pozdnyakov has been warned that he is posting “prohibited content” that discriminates against people “on the basis of their sexual orientation.”

The founder of Male State said that the group would have to switch to a backup channel where “we will likely be unable to post things that discriminate against people to such an extent.”

Pozdnyakov’s supporters have directed a series of campaigns against businesses over their stances on women, ethnic minorities, and LGBT+ people. In August, the online group reportedly told its followers to hit out at a popular Russian sushi chain it said was guilty of “promoting multiculturalism.” The restaurant group, Tanuki, had published adverts featuring a black man surrounded by white women, as well as rolling out a rainbow delivery box reminiscent of the LGBT+ Pride flag.

Moscow bomb squads were called to the chain’s branches after threats were received in the wake of the row. Konstantin Zimen, the group’s co-founder, said that “all this is very strange, considering that we did not even try to ‘promote the agenda’, but simply made very standard visuals for social networks.”

Prosecutors in the city of Nizhny Novgorod have since filed a lawsuit with a regional court, requesting that Male State be labelled an ‘extremist’ group and effectively banned. Pozdnyakov has claimed that “dirty cops and prosecutors” are working together with “LGBT propagandists,” suggesting that Tanuki is paying them.

In 2018, Pozdnyakov was handed a two-year suspended sentence over “actions aimed at humiliating human dignity in relation to women.” A year later, the conviction was overturned, and he now lives abroad in Northern Cyprus.