Home / Video news / Famous supermodel struck by the scale of your wardrobe. Video

Famous supermodel struck by the scale of your wardrobe. Video 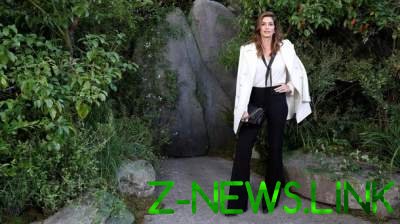 Among the outfits Cindy Crawford there are things that she has kept since 1992.

The new heroine of Vogue’s project 360°, in which celebrities allow journalists to consider in detail and to capture on video their wardrobes became a supermodel Cindy Crawford. In the spacious room of the house supermodel in Malibu are stored not only the things she wears every day, but also outfits that played an important role in her career.

So, Crawford has demonstrated to the operators evening Versace dress, which shone on the red carpet of the VMAs in 1992, and tiny denim shorts, left to her after filming for Pepsi ad 25 years ago.

“At some point, when I had a fairly spacious housing, I realized that I wanted to preserve memorable outfits for many years to come,” admitted Cindy in an interview.

The scale of the fashion collections supermodels, like any other celebrity, is impressive. In the wardrobe of Crawford there were dozens of pairs of jeans, luxury handbags Fendi and Louis Vuitton, Chanel jackets, wedding slip dress John Galliano and many more.

Recall Cindy Crawford admitted that he did not want to go out with the daughter on the show Versace. “I think I was selected to participate well before the Kai. I don’t even think Donatella knew that Kaya was then on the podium. We have long discussed that we need to gather as much “one of ours” to honor the memory of Gianni. So I knew about this part of the show for several months. And when Kaya found out that she will also be involved, he asked if we were coming there together. And I said, “I Hope not. I want to stand on stage with women of his age. And you have to go out with young girls.”