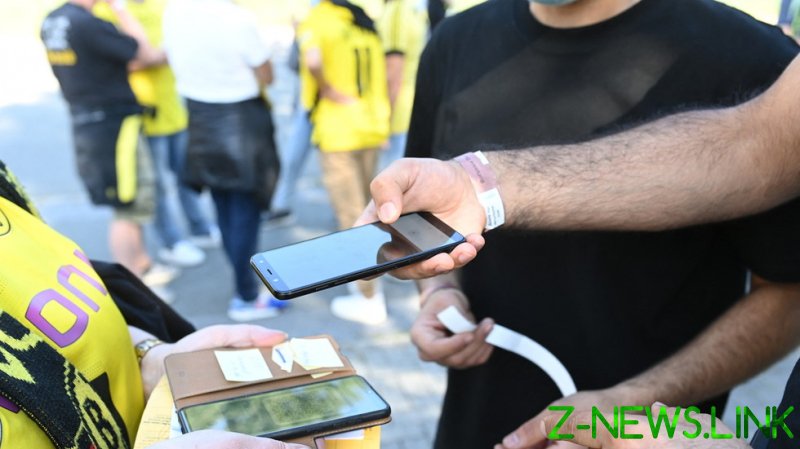 Politicians from Germany’s likely coalition government have drafted a law extending the country’s Covid-19 measures into next year, Bild reported on Monday. According to the report, the law will also contain harsh penalties for anyone caught forging so-called ‘vaccine passports’, including fines or up to two years’ imprisonment.

Germany’s current Infection Protection Act expires on November 25, so the new law will likely be introduced and voted on before that date.

Outgoing Health Minister Jens Spahn warned on Thursday of a “fourth wave” of coronavirus infections heading into winter, and claimed that the current spike in case numbers — which reached their highest weekly level on Monday since the outset of the pandemic — were being driven by “the unvaccinated.”

Negotiating the new law has since occupied members of the left-wing SDP, the liberal Free Democrats and the Greens, who have been locked into talks aimed at forming a coalition government since September’s federal elections.

Germany operates a two-tier system of vaccine certification to enter most public spaces. Vaccinated people and those with natural immunity through previous infection are granted the most liberty, while those who can prove a negative test are subject to stiffer restrictions, and are required in some states to stay masked indoors.

In certain states, businesses can deny entry to the unvaccinated, even those with negative tests.

Police have struggled to crack down on the trade in forged certificates since the passes were introduced in June, and set up a special team to stamp out the forgeries. The EU’s system of digital certification — under which individual certificates are scanned and matched against private keys held by hospitals and healthcare institutions — makes forgery more difficult, but not impossible.