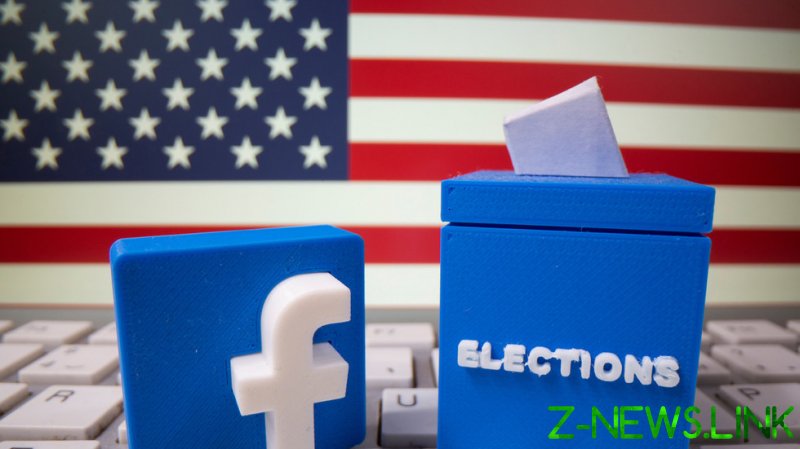 Explaining that Facebook wants to help more Americans register and vote while also protecting the “integrity of the election by fighting foreign interference, misinformation and voter suppression,” vice president of integrity Guy Rosen announced on Wednesday that “calls for people to engage in poll watching when those calls use militarized language or suggest that the goal is to intimidate, exert control, or display power over election officials or voters” will be removed from the platform.

This comes just two days after the president tweeted out a call for poll-watching volunteers at a site named ‘Army for Trump.

Rosen thanked “civil rights experts and community members who continue to help us understand trends in this area.”

Furthermore, Rosen said that Facebook will label posts from candidates with links to the Voting Information Center, adding that “if a candidate or party declares premature victory before a race is called by major media outlets, we will add more specific information in the notifications that counting is still in progress and no winner has been determined.”

If the media call is contested, Facebook will also label the posts “with the declared winner’s name and a link to the Voting Information Center.”

Facebook will also implement a ban on all “social issue, electoral or political ads in the US after the polls close on November 3,” and will notify advertisers once the ban is lifted.

This is not the first time a Facebook policy change appeared to be tailor-made to target the president. Last week, the platform banned all ads that “call voting fraud widespread, or election results invalid, or impugn any one method of voting.”

The change was announced shortly after the campaign of Democrat nominee Joe Biden sent Facebook an angry letter, accusing it of being “the nation’s foremost propagator of disinformation about the voting process.”

Trump has been among the most vocal critics of universal mail-in voting, arguing it created and expanded opportunities for fraud.

Democrats have vented their ire on social media platforms ever since Trump’s surprise victory in 2016, blaming them for allowing his campaign to bypass traditional media gatekeepers. Facebook CEO Mark Zuckerberg’s publicly professed reluctance to go along with demands for cracking down on “hate speech” has resulted in a massive corporate boycott campaign and a push by House Democrats to threaten him with an antitrust break-up.

Meanwhile, the Republicans have been accusing the Silicon Valley behemoth of censorship. Trump’s executive order to toughen the enforcement of Section 230 – a legal shield protecting the platforms so long as they act in good faith – have had little to no effect.