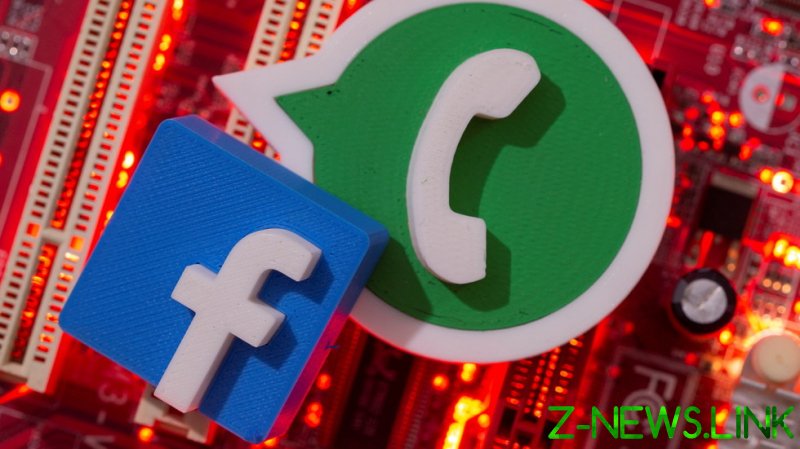 The FTC filed its complaint on Thursday, accusing Facebook of underhanded and monopolistic business practices while calling to break up the company to “restore competition” and “remedy the harm” caused by its “anticompetitive conduct.”

“Facebook lacked the business acumen and technical talent to survive the transition to mobile. After failing to compete with new innovators, Facebook illegally bought or buried them when their popularity became an existential threat,” said Holly Vedova, acting director for the FTC’s Bureau of Competition.

Pointing to a business strategy outlined by Facebook founder and CEO Mark Zuckerberg in 2008, summed up as “it is better to buy than compete,” the FTC said the company stayed “true to that maxim” and “systematically tracked potential rivals and acquired companies that it viewed as serious competitive threats.”

The new lawsuit comes after a previous complaint was thrown out by a federal court in June, with judge James Boasberg arguing the financial regulator did not prove that Facebook indeed had “monopoly power.” He said that instead of putting forward compelling evidence, the FTC expected “the court to simply nod to the conventional wisdom that Facebook is a monopolist.” Nonetheless, Boasberg said the agency could try again, allowing it to refile its complaint with stronger arguments, giving it until Thursday to do so.

The revised complaint is 80 pages long, adding more detail to the previous 53-page suit. The decision to file the case was approved in a 3-2 vote, with the FTC’s two Republican commissioners attempting to block the move.

Facebook – which also owns Instagram and WhatsApp, in addition to other smaller platforms – responded to the allegations in a statement, calling the case “meritless.” It also cited the dismissal of the government’s previous suit, saying it showed “There was no valid claim that Facebook was a monopolist – and that has not changed.”

“Our acquisitions of Instagram and WhatsApp were reviewed and cleared many years ago, and our platform policies were lawful,” the company went on. “The FTC’s claims are an effort to rewrite antitrust laws and upend settled expectations of merger review, declaring to the business community that no sale is ever final.”

Though the social media giant asked that FTC chair Lina Khan recuse herself from the case, saying she would not be an impartial arbiter due to her vocal criticism of Facebook in the past, the request was not granted. The agency said its Office of General Counsel “carefully” reviewed the company’s petition, but dismissed it after finding Facebook would have appropriate due process protections in court regardless of Khan’s involvement.

The FTC has urged the court to compel Facebook to divest from major assets, – “including, but not limited to, Instagram and/or WhatsApp” – saying that would “restore the competition that would exist” in lieu of the platform’s alleged monopolistic conduct.

The government also wants Facebook to give “prior notice and prior approval” for any future mergers and acquisitions, and to file “periodic compliance reports with the FTC” to ensure it doesn’t resume the unfair practices.

The company has until October 4 to respond to the amended complaint.