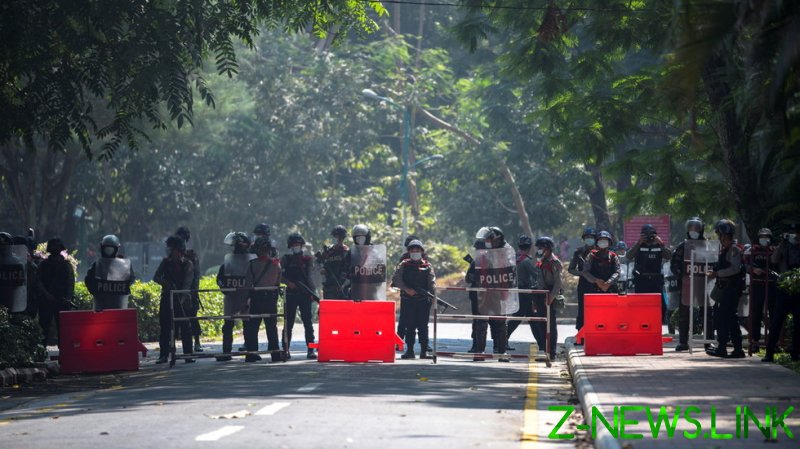 The social media company said it was left with no choice but to ban the accounts following the “deadly violence” in the country after the coup, believing that it was too risky to allow the Myanmar military, known as the Tatmadaw, to remain on its platforms.

Facebook will also remove and prevent all Tatmadaw-linked commercial entities from advertising on its platforms.

The tech company had previously removed 20 military-linked individuals – including Commander-in-Chief Min Aung Hlaing – and organizations from the site in 2019 over “severe human rights violations,” and taken down six “Coordinated Inauthentic Behavior networks” run by the Tatmadaw in the last two years.

The social media site said it had based its decision on information provided in the UN fact-finding mission on Myanmar’s 2019 report, the economic interests of the country’s military, and the UN guiding principles on business and human rights.

Protesters and military figures have been clashing in Myanmar after the army seized power and detained civilian leader Aung San Suu Kyi on February 1. With demonstrations taking place daily, the state broadcaster, which is linked to the military, has threatened to use lethal force against protesters.

As protesters took to the streets in the country, the military has also implemented an internet blackout, cutting off access to social media sites such as Facebook, Instagram, and Twitter in a an attempt to silence dissent and cut off the ability of anti-coup activists to communicate.