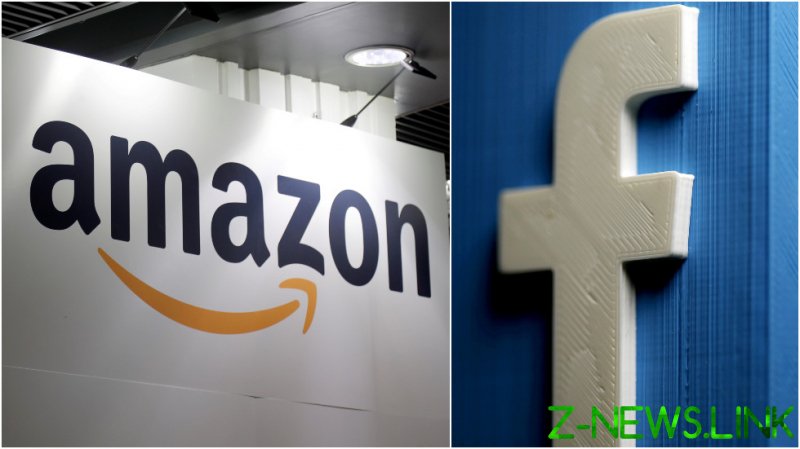 Facebook and Amazon are now the two biggest corporate lobbying spenders in the country, according to a new report by Public Citizen, a progressive nonprofit group.

Facebook spent nearly $20 million during the 2020 election cycle, with Amazon splurging just under $19 million. Behind them were telecoms giant Comcast in third with $14.4 million, ahead of a slew of weapons manufacturers like Lockheed Martin, Boeing, and Raytheon.

Facebook and Amazon spent twice as much as Exxon and Philip Morris, titans in their respective fields of oil and tobacco who only ten years ago outspent Amazon by a factor of five to one. Back in 2010, Amazon spent only $2 million, and Facebook less than a quarter of that amount.

All in all, big tech (Amazon, Facebook, Apple and Google) spent $124 million in lobbying and campaign contributions in the 2020 cycle, breaking its own records from past election cycles.

These tech titans are typically thought to favor Democrats over Republicans. Facebook, for instance, has been persistently accused of bias against conservative users and Amazon CEO Jeff Bezos owns the Washington Post, a newspaper fiercely critical of former President Donald Trump.

However, in choosing lawmakers to donate to, the position of these politicians was seemingly of far more importance than their political party. The four tech giants concentrated their spending on members of Judiciary and Commerce committees in the House and Senate, committees with the power to investigate and regulate their industry. Some 94 percent of these committees’ members have taken contributions totaling about $3.2 million from either a big tech PAC or a lobbyist last year. Though Democrats took more money on three of these committees, the tech firms donated four times as much money to Republicans on the Senate Judiciary Committee than to Democrats, a spend that reflects the GOP’s dominance of that committee until this year.

The report notes that half of the 10 biggest contributors in the 2020 election cycles were lobbying for one of the big tech behemoths.

There have been concerns over close ties between the government and the big tech amid mounting calls to regulate the industry. In a damning 449-page report in October, Democrats on the House Judiciary Committee argued that the four big tech companies “increasingly serve as gatekeepers of commerce and communications in the digital age,” calling for laws that would break up companies in “structural separations.”

While President Joe Biden has sought to fill senior positions in his administration with outspoken critics of the big tech, such as his pick to lead the Federal Trade Commission (FTC) Lina Khan, he at the same time appointed Jake Sullivan, who served on Microsoft advisory council up to May last year, his national security adviser.