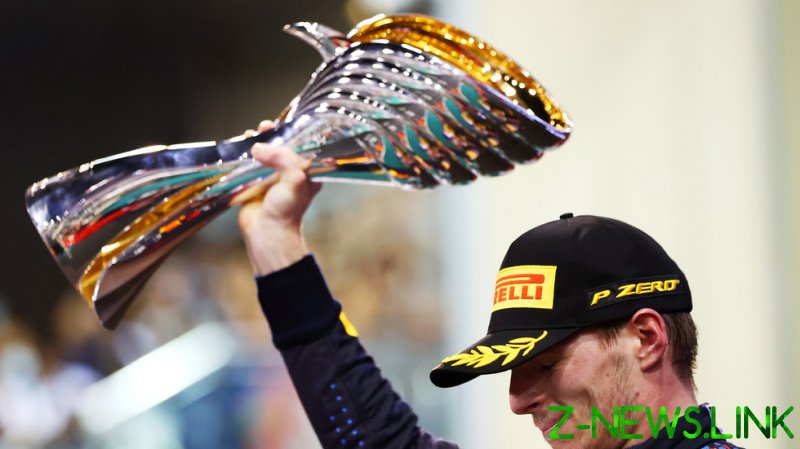 The FIA have said that the result of last year’s Abu Dhabi Grand Prix is “valid and final” but also that race director Michael Masi was responsible for a “human error” which led to an incorrect application of the rules as Max Verstappen stormed ahead of Lewis Hamilton on a dramatic final lap to clinch his first world title.

Nonetheless, it found that Masi acted in “good faith”. He has since been removed from his position as Formula 1 race director.

Details of a report into the race were published some 97 days after its conclusion and on the eve of the first race of the new F1 season in Bahrain on Sunday, and found several flaws in how the race was operated after an crash from Nicholas Latifi led to the introduction of a safety car – which, due to the incorrect judgment of Masi, ultimately gave an advantage to Verstappen who stormed ahead of Hamilton on the final lap to claim the victory and the world title.

Among the report’s conclusions were that Masi had “called the safety car back into the pit lane without it having completed an additional lap as required by the Formula 1 sporting regulations” but that there also “could be different interpretations” of the rules as they relate to the introduction of safety cars.

It was also determined that Masi had likely been influenced by previous discussions between the FIA and race teams and drivers which indicated that there was a preference for races to finish under green flag conditions and not behind safety cars, as the conditions of the Abu Dhabi climax appeared to call for.

The report also stated that it was Masi’s human error which led to not all of the cars on the track un-lapping themselves, as well as communications between Masi and Verstappen’s Red Bull team and Hamilton’s Mercedes team likely taking his focus away from his requirement to make real-time decisions in highly pressurized situations.

The probe also recommended a series of new regulation to be implemented.

These include a system similar to VAR (video assisted refereeing) to help official make decisions and a a new rule which will deny teams’ ability to contact the race director during a Grand Prix. The circumstances around un-lapping behind a safety car will also be realigned.

Lewis Hamilton, the man who was denied a record-breaking eighth world title as a result of the confusion in Abu Dhabi, said on Friday that he hoped the report would bring further transparency to the sport.

“It’s important that, as a sport, we’re transparent,” he said, adding that he was “looking forward to seeing [the report] come out and for people to know that this sport is transparent and we are learning from what’s happened in the past and will make improvements moving forward.”

Mercedes, meanwhile, said: “We need to turn the page. It’s in nobody’s interests to continue the discussion about Abu Dhabi.”