Home / WORLD / Exposed: UK vaccine passports for sale. How you can secure your pass to freedom for only £220

Exposed: UK vaccine passports for sale. How you can secure your pass to freedom for only £220 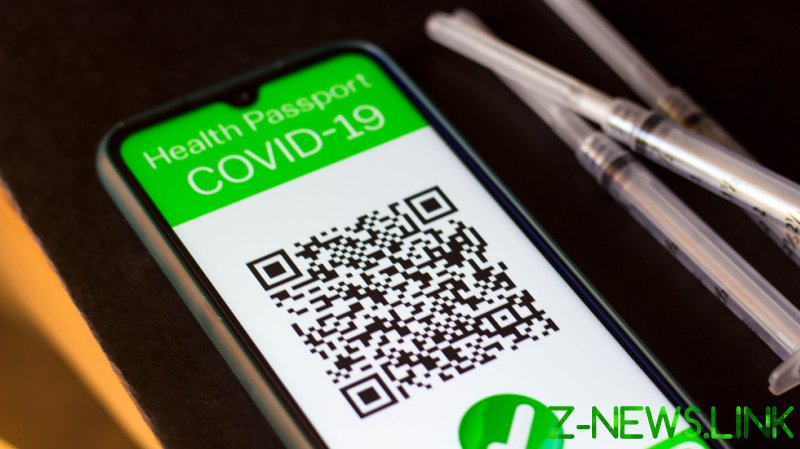 To operate without issue in the post Covid-19 world, it’s becoming clear that vaccination is a must.

In America, states such as California and New York are increasingly demanding that people show proof of their status to gain entry to indoor venues. Italy has made carrying vaccine certification a requirement for workers in all public and private companies. The UK is split; Scotland and Wales are using passports, but England has opted to keep them in reserve for the time being, although plans have been revealed on their potential roll-out in certain scenarios.

What’s clear, though, is that for the short term at least – despite many commentators’ misgivings – the idea of vaccine passports is here to stay. And that has made them a hot ticket in the criminal underworld.

RT.com has discovered that in the UK at least, it’s surprisingly easy to get false confirmation of being vaccinated. Already there have been reports of celebrities paying for fake passports to allow them to appear on TV shows.

But despite the stereotypes, there’s no need to meet a shadowy character on a dark night in a deserted car park to obtain false documents. Ironically, just as Covid-19 has facilitated home working, it has also opened the door for criminals to operate from home on their laptops and phones, too.

There’s already a host of ‘providers’ offering the service online and only a basic level of internet knowledge is needed to find them. They are looking for customers, so are easy to reach and tend to reply within minutes.

RT made contact with four different operators on social media. All appear to follow the same procedure; after supplying them with your name, date of birth, address and unique NHS number, they will do the rest.

In approximately three days, paperwork will arrive at your home address by courier confirming you are fully vaccinated. The NHS app, which generates the QR code that is scanned to gain access or entry to various venues, is also updated.

Of course, the service isn’t free. The fee differed among our four providers, stretching from £220 to £500 per person. They use Bitcoin so the payment is anonymous and can’t be traced. While satisfied that the providers could deliver on the passports, RT did not transfer any money during our investigation.

It’s impossible to know who the people at the other end of your messages are, but judging by the grammar and vocabulary, they appear to be non-native English speakers.

They could be located anywhere and outing their username is pointless, as they’ll shut down their account and create a new one, in the same way that trolls on platforms such as Twitter do.

What is revealing, though, is that the suppliers have access to people within the NHS system.

They are either crudely paying bribes to get the details loaded on to the network, or are hacking the system due to having insider knowledge.

One of them explained, “I get a doctor paid so you are registered and your vaccination status updated on the system as fully vaccinated.” And another said, “Once payment is done and confirm, I will forward your information to my colleagues who are experts in the system and they work at the registration and paperwork of the system, they will process your card and registration will be done within 24 hours.”

Three of the providers wanted to be paid in full upfront, but one offered to take 50% in advance and the balance upon completion.

One even comically advised against going with a fellow illegal competitor that offered poor customer service. “And take care for we have scammers trying to know more about this already so they can scam people. Do not contact any one in a channel which does not have a comment box. You can check reviews.”

Aware there are numerous people offering this service, one even sent messages from another client expressing his thanks at the swift and professional job to entice us to go with them.

The message read, “That’s our chat with one of our clients and he was doubting us at the beginning but he had to trust us and we made him happy. Our aim is to help the world from taking the poisonous vaccine and not to deceive people ok.”

Opinions on passports are as polarized as on the vaccines themselves. But regardless of which side of the argument you are on, one thing that everyone can surely agree on is that a government system being exploited by a crude criminal enterprise is not good for anyone and makes the whole exercise of passports pointless.

It could feasibly be enabling a planeload of people to take off from the UK, with serious doubts over their vaccination status. Landing in another country compounds the issue, as they are waved through arrivals. Will this cause the virus to spread or lead to more deaths?

The only point of having a vaccine passport is to provide cast iron proof of having had the jab. If the system in place is deemed to be porous, then it loses all credibility. And ultimately that could become a major issue for the entire country: if Britain gains a reputation as a nation whose vaccine passports can’t be trusted, there are potential implications for everyone.

If Boris Johnson and his devolved governments are going to issue vaccine passports in the name of the United Kingdom, they need to mean something. BoJo’s handling of the pandemic has been pretty lamentable so far – now he has another important problem that needs addressing, and quickly.