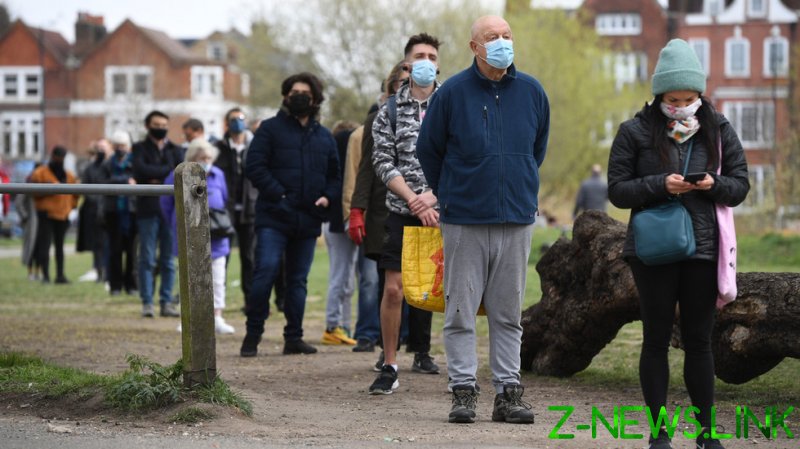 “I have to level with you that this new variant could pose a serious disruption to our progress and could make it more difficult to move to step four in June,” Johnson told a news briefing on Friday.

Step four of Britain’s lockdown exit plan allows nightclubs to reopen and large events to take place. That final phase of reopening has been pencilled in for no earlier than June 21 under the government’s plans for easing Covid restrictions.

However, that schedule could now be derailed after the number of UK cases of the variant first detected in India doubled in the last week to more than 1,300, according to data from Public Health England.

“I urge everyone to exercise the greatest caution because the choices we each make in the coming days will have a material effect on the road ahead,” Johnson said during Friday’s briefing.

On Friday it also emerged that four people in the UK have died from the variant known as B.1.617.2, which experts believe may be more transmissible.

At the press conference Johnson issued a plea to those in the North West towns of Bolton and Blackburn – two areas hit hard by the variant – to be “extra cautious.”

Asked by a journalist specifically about his guidance for people visiting relatives in areas affected by the variant, Johnson said he “would urge people just to think twice about that.”

The PM also announced that people over the age of 50 and the clinically-vulnerable will now be able to get their Covid-19 booster jabs just eight weeks after their first dose, in an acceleration of the inoculation roll-out prompted by concerns over the Indian variant.

The move follows advice from the Joint Committee on Vaccination and will still allow those yet to receive a first dose to be vaccinated, including the over-40s.

Speaking alongside Johnson, England’s Chief Medical Officer Professor Chris Whitty said there is now “confidence” that the Indian variant is more transmissible than the so-called UK strain, known as B117.

“We expect over time this variant will overtake and come to dominate in the UK in the way that B117 took over and other variants have taken over prior to that,” he told the news briefing.