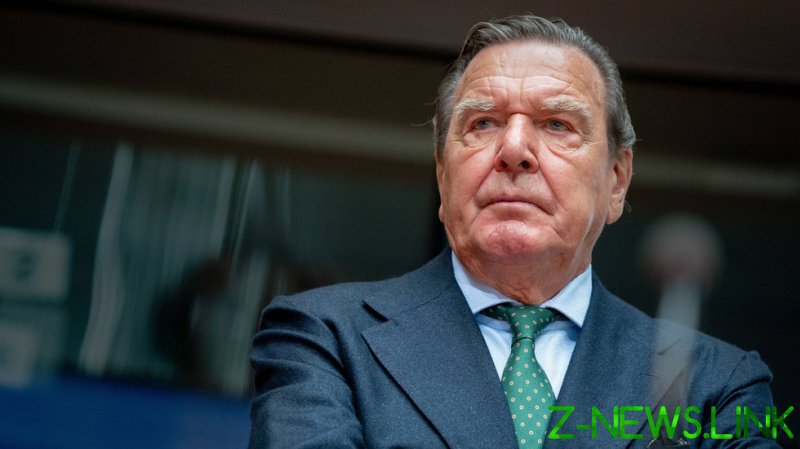 Former German Chancellor Gerhard Schroeder and Matthias Warnig, the executive director of the Nord Stream 2 pipeline, are stepping down from their positions on the board of Russian oil giant Rosneft, the company reported on Friday.

The two directors said they cannot keep their positions, a statement from the company said, adding that its leadership “took their decision with understanding” and “thanked their unwavering support.”

The two contributed their “strategic vision, immense practical experience and deep comprehension of the problems of the international market” while serving as board members, and made a significant contribution “to implementing large-scale infrastructure projects in Russia and Germany” that made the German economy more efficient and German citizens more prosperous, the statement said.

On Thursday, the European Parliament passed a resolution calling for personal sanctions to be imposed on Schroeder over his ties with Russia. In his home nation, he was stripped of some privileges that his former office entitled him after retirement, though the German government did not explicitly mention his ties to Russia when it announced its decision.

Schroeder has been a vocal advocate for forging closer ties between Germany and Russia, and joined several energy projects after leaving politics, including the highly debated Nord Stream 2 natural gas pipeline. Critics accuse him of being bought by the Russian government to further its interests. The former chancellor joined Rosneft’s board in 2017.

Warnig, a former German domestic security officer, started his business career in banking in the 1990s and has extensive ties in Russia. His interests later expanded to the energy and metal sectors as well, including Nord Stream 2, where he serves as executive director. He joined the Rosneft board in 2011.