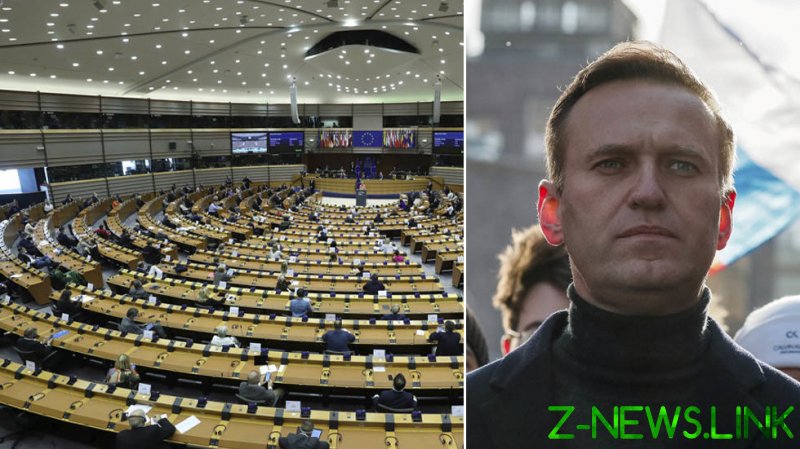 A resolution passed on Thursday called on European Union member states to “continue to isolate Russia in international forums,” encouraging the European Council “to prioritize the approval of the EU Magnitsky-style human rights sanctions” against what it called “the Russian regime.” The ‘Magnitsky’ sanctions are named after a Russian tax auditor, and associate of American-turned-British billionaire Bill Browder, who died in a Moscow prison in 2009.

532 MEPs voted for the resolution, 84 were against and 72 abstained. A total of 688 out of the registered 705 MEPs took part in the voting. It’s important to note that the measure is advisory and not legally binding, but rather intended as an advisory for EU governments.

The European Parliament also reiterated its “previous position to halt the Nord Stream 2 project.” This is a gas pipeline set to connect Germany directly to Russian energy supplies

“It is necessary to immediately start an international investigation, with the participation of the EU, United Nations, Council of Europe and the Organisation for the Prohibition of Chemical Weapons,” the resolution states. It names Alexey Navalny as “a leading Russian opposition politician, lawyer, blogger and anti-corruption activist” who has become “one of the few effective leaders of the Russian opposition.”

The vote on Thursday took place without a debate – there had been discussion on Tuesday in the parliament.

Sanctions against the Russian authorities have been rumored ever since news of Navalny’s alleged poisoning first broke. In late August, US Deputy Secretary of State Stephen Biegun explained that Washington was prepared to take strong measures against Moscow, which would make sanctions related to the 2016 US presidential election “pale in comparison.”