Home / WORLD / EU to go into debt for Ukraine – Politico

EU to go into debt for Ukraine – Politico 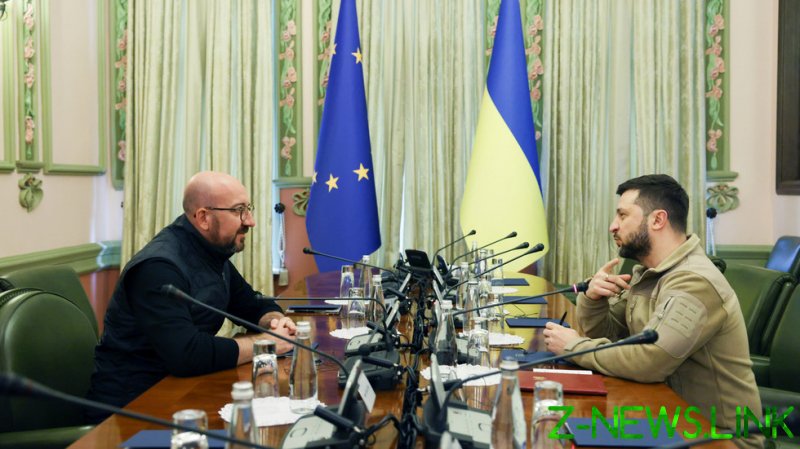 The European Union is planning to fund the operating expenses of the government in Kiev for at least three months, Politico Europe reported on Monday, citing diplomatic sources. The €15 billion would be raised through a new debt emission, using the template established for Covid-19 relief.

Ukrainian President Volodymyr Zelensky has told the International Monetary Fund (IMF) he needed $7 billion per month ($1 = €0.95) to pay salaries, pensions and other government expenditures. The US has pledged to provide a third of that sum for the next three months. The EU intends to make up the difference with special bonds, according to Politico.

The European Commission (EC) briefed ambassadors of the member countries about the plan on Friday, according to the outlet. It involves issuing debt using guarantees from EU member countries. The scheme is structured along the lines of SURE, the program used to raise €100 billion in aid for EU citizens who lost their jobs due to the Covid-19 lockdowns. That debt was then securitized as bonds ranging from 5-30 years.

“Whenever there’s a problem with money, [the Commission] says SURE!” Politico quoted a diplomat as saying. 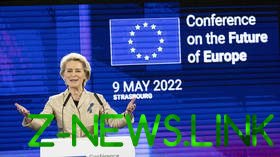 The plan could be unveiled as early as May 18 and at least three countries – including Austria, Germany, and Greece – have asked for alternative options, according to the outlet. They are reportedly hoping non-EU countries like Japan, Norway, and the UK would “chip in” as well, leaving the EU with less of a debt burden. France has also proposed that heads of EU states discuss the problem in a summit meeting at the end of May.

Meanwhile, EU foreign policy chief Josep Borrell has proposed another option to fund rebuilding Ukraine: confiscating the Russian foreign exchange reserves currently frozen under EU sanctions. Borrell pointed to the example of Washington confiscating the funds of the Afghan central bank after the US withdrew from Afghanistan and the Taliban took over. It is “full of logic” to use Russian assets the same way, Borrell told FT in an interview published on Monday.

In February, US President Joe Biden seized half of the $7 billion in Da Afghanistan Bank’s assets held in US financial institutions, saying it would go towards compensating victims of 9/11 terrorist attacks, while the other half would go towards “the benefit of the Afghan people and for Afghanistan’s future,” though it was not specified as to how.

The New York Times described the move as “highly unusual,” the Taliban denounced it as theft, and even the former US-backed president of Afghanistan, Hamid Karzai, termed it “unjust and unfair and an atrocity against Afghan people.”