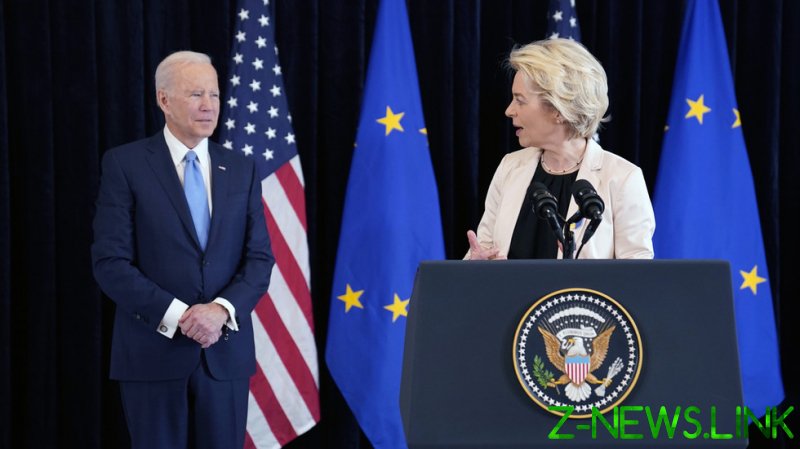 European Commission President Ursula von der Leyen told reporters on Friday that the European Union will purchase gas on its own and divide it between members, a new development for the 27-member bloc.

The move comes as European leaders seek to ditch Russian imports, and the US is waiting to ship its more costly product to the continent.

“The energy mix and concrete situation in our members is very different but we need to work together to pool our weight,” Von der Leyen said at a press conference after a two-day summit in Brussels, Belgium. “We have an enormous purchasing power. Therefore, I welcome that we will now use our collective bargaining power. Instead of outbidding each other, driving prices up, we will pool our demand.”

Von der Leyen has already promised to reduce Europe’s dependence on Russian gas, but some EU countries remain dependent on a steady supply from Russia. Germany, whose leaders have recently warned that their economy could crash were Russian imports sanctioned, relies on Moscow for more than half of its gas supply.

However, leaders in Berlin have balked at paying for Russian gas in rubles, as Russian President Vladimir Putin demanded they do earlier this week. France too has opposed the gas-for-rubles system, with French President Emmanuel Macron telling reporters on Friday that he believes such a demand is “forbidden” by law.

Should the EU refuse to pay in rubles, as it likely will, its members will have to source their gas elsewhere. The US will likely step in to fill that void. In a joint news conference with US President Joe Biden on Friday, von der Leyen said that Washington would step up its deliveries of Liquefied Natural Gas (LNG) to “at least 50 billion cubic meters” per year, which she said would replace a third of the gas currently provided by Russia.

“We as Europeans want to diversify away from Russia towards suppliers that we trust, that are our friends, that are reliable,” she said. 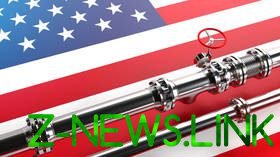 However, American LNG is more expensive than the Russian alternative, and getting it to Europe involves condensing it to fill special tanker ships, before converting it back to gas upon arrival at a purpose-built port facility. There are currently two dozen LNG import terminals in Europe, but none in Germany, which is an important gas distribution location. At present, work has yet to begin on Germany’s flagship LNG terminal, which is set to start receiving gas in 2024.

These issues with pricing and logistics led Germany to ignore American offers of LNG shipments under President Donald Trump, and press ahead with the construction of the Nord Stream 2 pipeline from Russia instead. However, Nord Stream 2’s certification was halted in response to the conflict in Ukraine.

“I know eliminating Russian gas will have costs for Europe,” Biden said during his appearance with von der Leyen, before adding that high energy prices are something that Europe should put up with to oppose Putin.

“It’s not only the right thing to do from a moral standpoint,” he said. “It’s gonna put us on a much stronger strategic footing.”