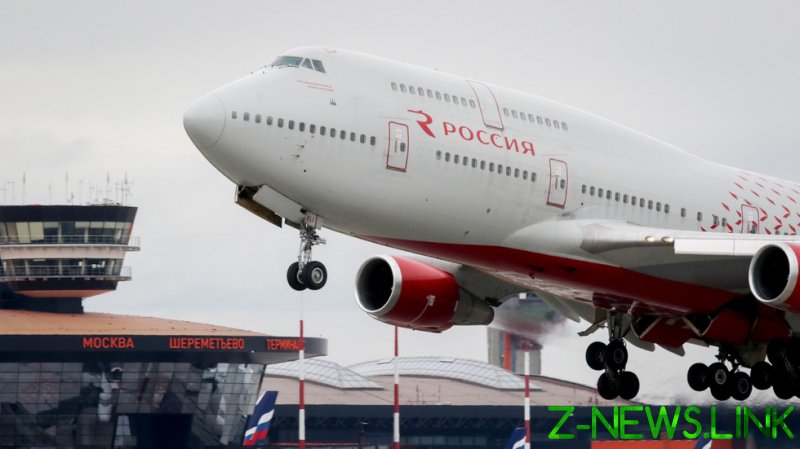 Speaking at a press conference on Monday, President Gitanas Nauseda argued that “recent events make us think that Russia is somehow connected with this crisis; there is a lot to say about this. First of all… migrants come through Moscow.” However, he has not yet presented any evidence to support the charges that flights carrying the would-be asylum seekers originate from the neighboring nation.

Nauseda’s remarks come shortly after Lithuania’s foreign minister, Gabrielius Landsbergis, released a statement on Sunday in which Vilnius gave its verdict on the ongoing migrant crisis, which has seen the country declare a state of emergency in recent days. Landsbergis said hopes that the situation would be resolved on its own have disappeared.

“Daily flights to Minsk National Airport carry new people who will probably end up amidst Belarusian forests in the cold,” he said, drawing on previous requests for stricter sanctions to be placed upon airlines and airports. The foreign minister also ruled out asking Moscow for help or negotiating with Belarus’ embattled leader, Alexander Lukashenko, claiming that this is “a predictable path to disaster.”

The broadside from Vilnius coincides with reports the EU is mulling penalties which target “precisely those who co-operate” with Belarus’ embattled leader, according to the bloc’s top diplomat, Josep Borrell.

Lithuania is not the only state to accuse Moscow of allegedly being involved in the humanitarian crisis. The prime minister of Poland, Mateusz Morawiecki, pointed the finger at Russian President Vladimir Putin, claiming that he is the “director,” with Lukashenko playing “executor” of Russia’s “neo-imperial” policy.

The bloc has given Lithuania millions of euros in pay-outs to help the Baltic nation cope with the influx of refugees. Last month, Brussels gave Vilnius close to €30 million ($34.3 million) to cover its costs “in the management of irregular migration,” as well as for basic services for migrants who had managed to break through into the country, according to Interior Minister Agne Bilotaite.

Brussels has accused Belarus of weaponizing migrants in a “hybrid attack” against Brussels, laying on flights from troubled Middle Eastern nations like Iraq, Syria, and Iran. The crisis began unfolding earlier this year, when Lukashenko said his government would no longer prevent individuals, mostly from the Middle East, from reaching the EU border.