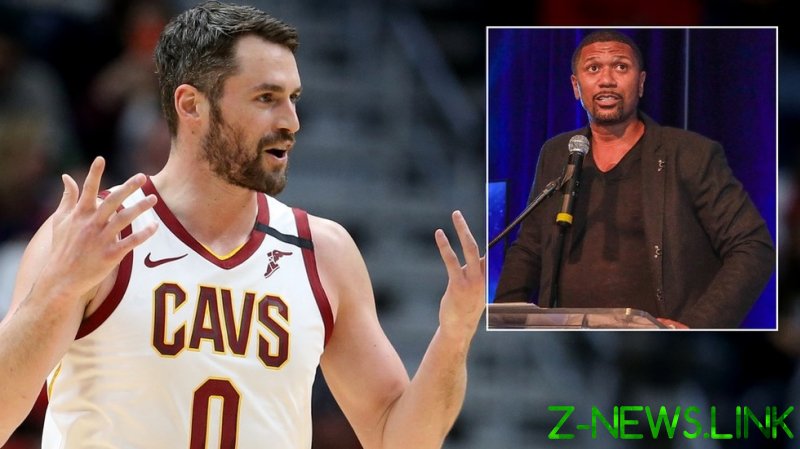 Cleveland Cavaliers star Love, 32, has been named among the 12 players who will head to Tokyo this summer in a bid for a fourth straight Olympic gold medal.

But according to Rose, the five-time NBA All-Star is only on the plane to Japan because of his skin color.

“I’m excited about the roster and I assume, and I know, we’re going to win the gold. But I’m disappointed in something,” Rose said on the ‘Jalen & Jacoby’ show this week.

“As I do this show every day, I do it in front of a picture of Tommie Smith and John Carlos raising their fist at the Olympics.

“I also know the favoritism that Christian Laettner was shown when he got a chance to be put on the Dream Team [in 1992] ahead of Shaq and Alonzo [Mourning].

“But they made it so a college player could even get on and gave him favoritism,” the former NBA star added.

“But this level of… and I got a word for it, Kevin Love is on the team because of tokenism.

“Don’t be scared to make an all-black team representing the United States of America. I’m disappointed by that.” 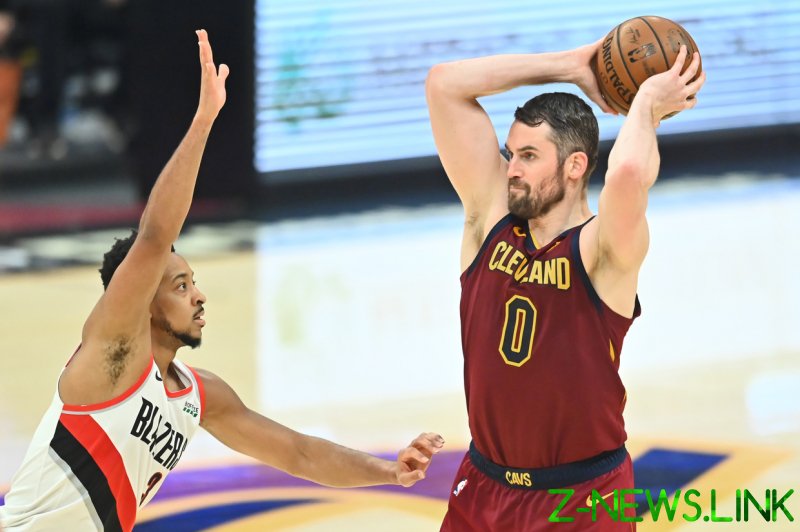 Undermining Rose’s race claims, Fox News and others pointed out that there have been only two white players on Team USA since 1996 – Love and former Utah Jazz star John Stockton – and that the 2016, 2008, 2004 and 2000 USA teams were all-black squads.

This summer’s USA team will be led by Brooklyn Nets star Kevin Durant, who will be aiming for a third personal gold medal but will be without the likes of LeBron James and James Harden as they use the off-season to recover from injuries.

Love’s inclusion comes despite being limited to 25 appearances for the Cavaliers during an injury-hit campaign. He still finished in his team’s top-five scorers with 12.2 points per game, although that was his lowest mark since his rookie year.

Love was an NBA champion with the Cavaliers in 2016 and was also in the USA squad which won gold in London in 2012.

“Anybody that watched the league this year knows Kevin Love did not have a stellar season, was not the best player on his team and did not necessarily deserve to be on this squad,” Rose continued.

“And I’m not going to take him off the squad and not put somebody else on it. I’m going to tell you whose spot that should be.

“That should be a young man that was born in the Bahamas. That is a McDonald’s All-American, playing high school and college in Phoenix, Arizona.

“Deandre Ayton should have Kevin Love’s spot. And I’m disappointed in Team USA for not having the courage to send an all-Black team to the Olympics.” 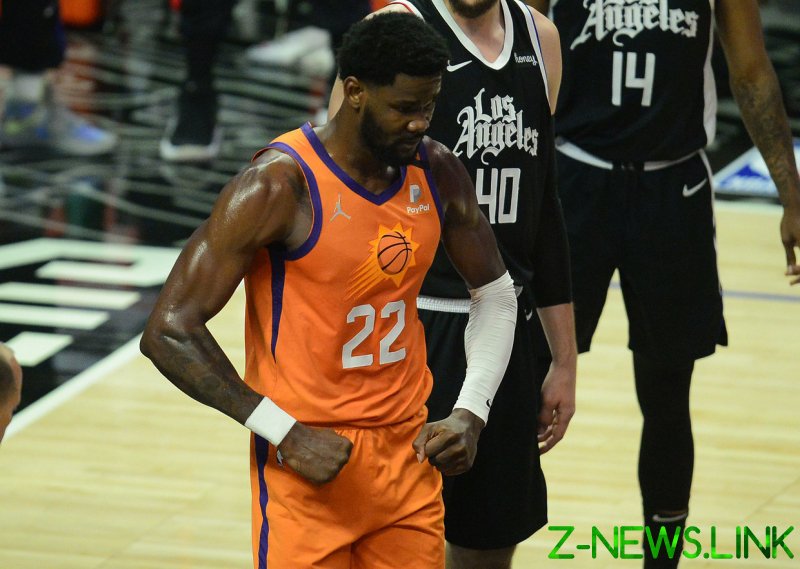 Rose said Ayton should be on the USA roster instead. © Reuters

It’s not clear if Bahamian star Ayton – who played for the ‘World Team’ against America in the NBA’s Rising Stars Challenge over the All-Star weekend back in 2019 – was even targeted for Team USA’s Olympic roster, of if he would be willing to switch allegiances.

Responding to Rose’s comments, fans were quick to call out the flawed logic of selectors supposedly being scared to send an ‘all-black’ team to the Olympics.

“Except in 2016 when they sent an all-black team to the Olympics,” scoffed one fan, to which another replied “don’t you bring your facts into this.”

“Another disappointing take from a ESPN host,” added one Twitter user.