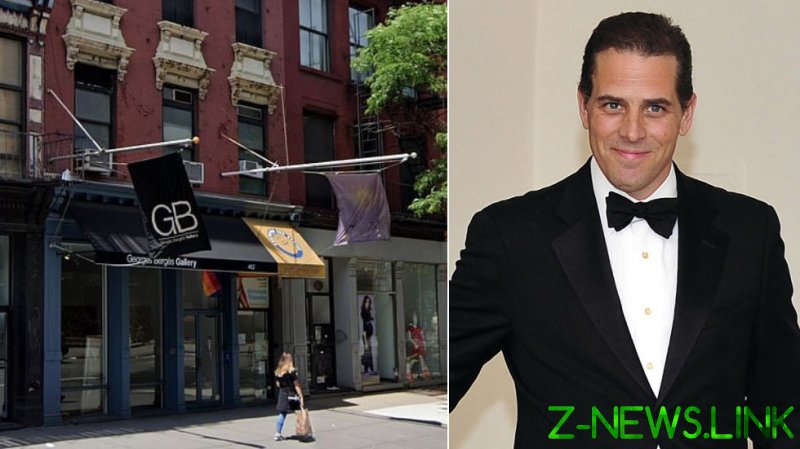 Despite the years-long Justice Department Investigation into the younger Biden’s business dealings with China as well as his questionable work with Ukrainian energy company Burisma, the 50-year-old has apparently decided that another creative change of career is what he needs.

A lawyer by profession, who has also worked as a lobbyist, venture capitalist and an investor, President-elect Joe Biden’s son Hunter recently said that art “kept him sane” during his tough times struggling with crack addiction.

Hunter said in a recent interview that painting “puts [his] energy toward something positive… and keeps [him] away from people and places where [he] shouldn’t be.”

“The one thing I have left is my art. It’s the one thing they can’t take away from me or conflate with anything else.”

Biden has been seeking representation as an artist since late 2019, and is reported to be signing a deal with Georges Bergès Gallery in SoHo.

His exhibition will showcase his blown-ink abstract pieces on Japanese Yupo paper which resemble “psychedelic florals and ethereal patterns that look like nature viewed through a microscope, leaning toward the surreal.”

He also called Biden a “big baby,” in his scathing critique.

The reports come amid rumours that outgoing US President Donald Trump is considering setting up a special counsel to investigate Biden’s tax irregularities, despite ongoing Democrat establishment efforts to stifle the story.

A New York Post report of a discarded laptop purportedly belonging to the younger Biden, which contained a plethora of sensitive, and potentially incriminating, information into his business dealings in China was heavily censored across social media.

The Biden campaign batted away the reports as “Russian disinformation” (surprise, surprise) while the mainstream media ignored the story for weeks, before finally caving after the DOJ dropped the bombshell, but only after the ballots had all been counted.