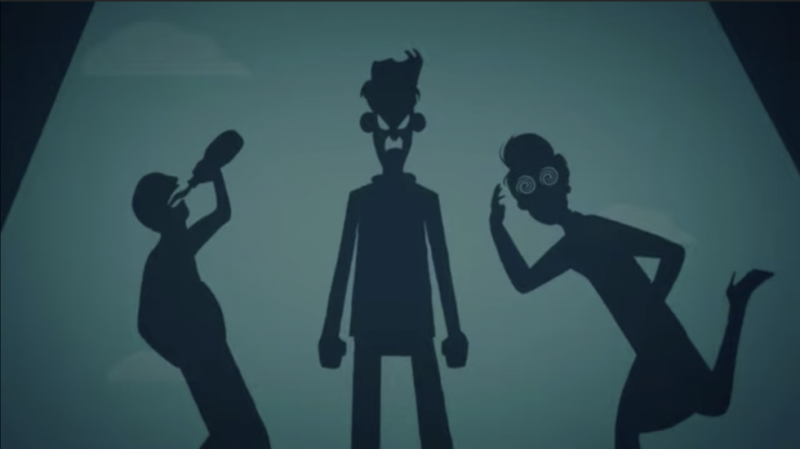 The children in Greenwich, Connecticut public school district, were subjected to a weird and age-inappropriate cartoon about fear. The cartoon, which featured two anthropomorphized owls as stand-ins for children, described certain fear-inducing situations, many of which centered around their human parents. The inter-species family members were shown fighting, drinking, and in one case standing next to the children, nude, with an erect penis for several uncomfortable seconds.

Schools superintendent Dr. Toni Jones apologized to angry parents in an email on Tuesday, explaining the cartoon was probably meant for a private therapy session for traumatized children, rather than the entire second grade student body. “The content at this point in the video was not appropriate for our [Greenwich Public School] second grade classrooms,” she explained, also apologizing for “any questions or concerns this may have raised for children.”

Conservative political commentator Carl Higbie, whose children attend the school but not that particular class, has called for someone to be fired over the snafu, even demanding “everyone involved” preserve emails, texts, and other “records” of the incident as he has filed a Freedom of Information Act request in an effort to get to the bottom of it.

“The two possibilities of how this happened are; 1. The teachers didn’t care enough to review this before playing it or 2. They thought it was OK… in both cases these folks have no business teaching our kids,” the “meat eating, gun toting” commentator told Gateway Pundit on Tuesday, adding on Twitter that “this is not OK!!!!” and promising he would not rest until the person responsible was fired.

Several commenters jumped into Higbie’s tweets to stand up for the school, however, insisting that “you are all getting half a story. This was an accident and the parents understand that.”

“Why are you all so excited at the idea of locking up a school teacher who is BELOVED by the kids?” one commenter demanded to know, suggesting it was one teacher in particular who had been responsible for screening the video – apparently by accident.

The video was shared during a lesson on “social and emotional learning” to families in two second grade classrooms, according to local outlet Greenwich Free Press.