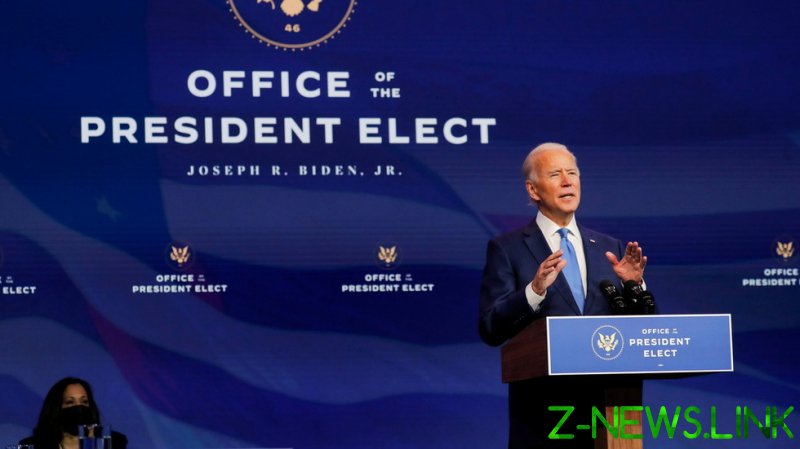 Mainstream media proclaimed Biden the winner over a month ago, after he pulled ahead of President Donald Trump in four battleground states the night after the election, thanks to large numbers of mail-in ballots. Monday’s vote in the Electoral College formalizes those results, as slates of electors designated by states to validate the popular vote results, met across the US.

Under the US Constitution, states designated electors to cast their share of the votes for president, which are then officially counted by Congress in early January and certified as legitimate. The new, or re-elected, president is then sworn in on January 20.

Trump and his campaign have challenged the results of the vote in several states, pointing to irregularities such as arbitrary changes to rules or capriciously enforced procedures, but were rebuffed by local and state officials who certified the vote totals anyway. The US Supreme Court last week refused to hear a lawsuit challenging the conduct of the election in Georgia, Michigan, Pennsylvania and Wisconsin, claiming that the state had no “standing” to do so.

While the mainstream media characterized their complaints as “baseless” and social media flagged them as “disputed,” the Republicans appear to continue contesting the elections, as the party tried to have “alternate” electors turn in a Trump slate of EC votes in Arizona, Georgia, Michigan, Nevada, Pennsylvania and Wisconsin.

Officially, the 2020 Electoral College result was the mirror image of Trump’s 2016 victory over Hillary Clinton, giving him 232 votes to 306 for Biden. Though the sitting Republican president received 11 million more votes than in 2016, Biden – who did not campaign much and refused to answer questions about his policies, agenda or scandals – reportedly got more than 80 million himself, the largest number for any candidate in US history.