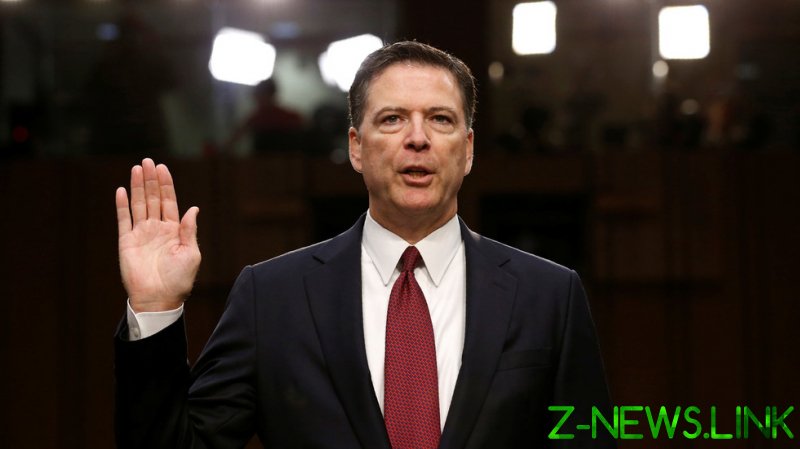 Comey signed a FISA surveillance warrant in January 2017 based on the Steele Dossier, which contained allegations of cooperation and misconduct between Donald Trump and the Russian government, on the same day he reportedly sent an email to then-Director of National Intelligence James Clapper saying he could not verify the information in the document.

“We are not able to sufficiently corroborate the reporting,” Comey wrote. The email was made public through a lawsuit by the Southern Legal Foundation.

The Steele Dossier, which kicked off much of the Trump-Russia conspiracy theory that ultimately led nowhere, had already been under scrutiny in the intelligence community. That’s due to CIA officials and bureau agents questioning the reliability of Christopher Steele’s sources and allegations against Trump campaign members Michael Flynn and Carter Page.

Clapper had acknowledged these reliability issues in a memo on January 12 informing Comey that a public statement would say the intelligence community had not yet determined the reliability of the Steele Dossier.

Comey responded by saying he did find the information to be reliable, but followed up by admitting he could not corroborate any of it to a satisfying degree.

“I just had a chance to review the proposed talking points on this for today,” Comey wrote. “Perhaps it is a nit, but I worry that it may not be best to say ‘the IC has not made any judgment that the information in the document is reliable.’ I say that because we HAVE concluded that the source is reliable and has a track record with us of reporting reliable information; we have some visibility into his source network, some of which we have determined to be sub-sources in a position to report on such things; and much of what he reports in the current document is consistent with and corroborative of other reporting included in the body of the main IC report.”

The Steele Dossier was a report, put together in 2016 by former British intelligence officer Christopher Steele, that alleged through sources that Trump and his allies were colluding with the Russian government during the presidential election. While it would go on to fuel numerous conspiracy theories and investigations, its allegations have never been backed up by any hard evidence.

Conservatives have long accused the intelligence community of playing politics with both the Steele Dossier and the ensuing Rober Mueller investigation into supposed collusion, and Comey’s new apparent admission, a “smoking gun,” has only added fuel to the fire that is the allegations, with some even calling for Comey’s arrest.