“Dynamo” has sent Koval to rent in Saudi Arabia 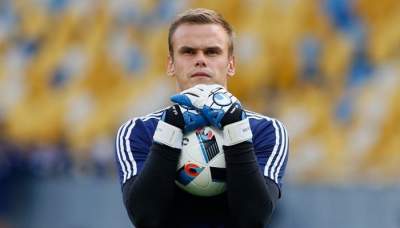 Koval on the rights of the one-year lease with the option of redemption moved to the “al-Fateh”, reports the official website of “Dynamo”. The people of Kiev for the fourth time rent once-promising Ukrainian goalkeeper.

For the first time Smith has lost the confidence of “Dynamo” in 2014, when the “white-blue” sent goalkeeper at Hoverla. In Uzhgorod Maxim to restart a career could not – was followed by a bad hire in “Odense”, and the quintessence of failures Koval was the failure Deportivo in Spain, the Ukrainians remembered the disastrous debut in Example, contriving in the only match to make removal and allow some more scoring errors.

The current contract Maksym Koval from Dynamo runs until the summer of 2020. The capital club a 25-year-old goalkeeper has played 107 games and won the Cup of Ukraine.