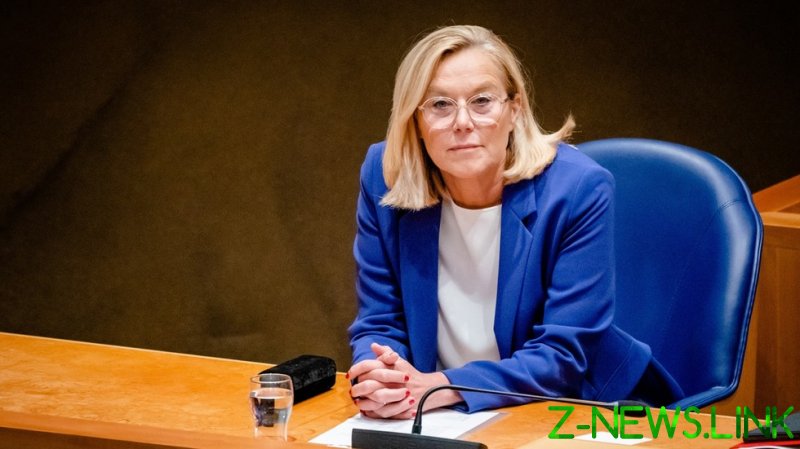 Kaag announced her resignation on Thursday, after the motion of censure was passed by the parliament. The motion targeted the whole cabinet, but named the foreign minister explicitly as having ultimate responsibility for the evacuation failures.

The censure received broad support in parliament, backed not only by the opposition, but by some members of the ruling coalition as well. While not legally required to quit, the minister said it was her personal choice.

“Your chamber has decided the Cabinet acted irresponsibly,” Kaag said. “The minister must go if her policy has been rejected.”

A second motion of censure was passed against Defense Minister Ank Bijleveld. She, however, has not expressed any immediate desire to quit, stating she would continue her work regardless of the censure.

“The cabinet, including myself, already indicated yesterday that things did not go well. My priority is still to get interpreters who are still in Afghanistan to safety,” said Bijleveld.

While Kaag refrained from explicitly condemning Bijleveld for staying, she said that “[in] my view on democracy and culture of our governance, the minister should go if the policy is disapproved.”

“These are my choices, everyone makes their own choice,” Kaag added.

The chaotic evacuation of the remaining western forces and their local helpers from Afghanistan unfolded over the last two weeks of August, as the US military withdrew and the Taliban militant group encroached on Kabul. The evacuation was riddled with logistics and security issues and left over 200 people dead, with the majority killed during a suicide attack on the airport by a local chapter of the Islamic State (IS, formerly ISIS) terrorist group.

During the evacuation, the Netherlands airlifted some 2,100 people from Kabul, with around 1,700 ending up in the European country. Hundreds of Dutch citizens, many of whom are of Afghan origin, however, were left behind. An unknown number of people who previously worked for the Dutch occupation forces and were, in theory, eligible for evacuation were also stranded. While announcing her resignation, Kaag said the ministry will continue its efforts to get these people out of Afghanistan.