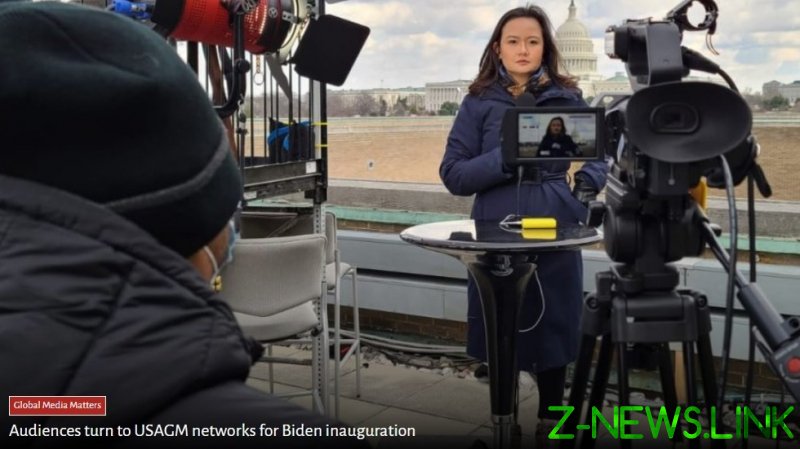 VOA is “rife” with political bias and staffed by people who engage in advocacy rather than journalism, argued Robert R. Reilly in an opinion piece published by the Washington Times on Thursday.

Reilly had led VOA in 2001-2002 and again for a few weeks starting in December 2020, until he was ousted by the Biden administration. He had been brought on board by Michael Pack, head of the parent US Agency for Global Media (USAGM) appointed by President Donald Trump but not confirmed until June 2020 – leaving “holdovers installed by former President Barack Obama” to run things for years.

Reilly says he told VOA employees that the agency “should not be an echo chamber for American domestic media, which is already largely available overseas on the internet.” They responded by leaking information to NPR and the Washington Post, who would then write stories about it “full of inaccuracies,” at which point the VOA’s Press Freedom desk would write a story about those stories in what Reilly called “advanced omphaloskepsis” or navel gazing.

He also outlines the revolt of some two dozen employees denouncing Secretary of State Mike Pompeo’s January 11 speech at the agency, where one reporter “ambushed” him with questions – and was reassigned by Reilly, only to be reinstated by the new administration.

Now that the people responsible for this have been rewarded, he warns, “do not expect sanity to return to the asylum anytime soon.”

Reilly says a “long-time employee” described VOA’s news coverage to him as “a dumbed-down, less balanced version of CNN.” The newsroom was full of journalists who engaged in activism rather than journalism, presenting claims such as that the US has “a racist and sexist labor market” without pushback, qualification or opposing point of view.

Reilly objected to this both from the standpoint of journalism and VOA’s mission to be pro-US propaganda abroad.

“We are in a new war of ideas with anti-democratic regimes like China, Russia and Iran. With what should we fight it? News? Good luck. If we are not willing to stand up for ourselves at the level of moral principle, who will?” he wrote. Of course VOA should do news, but “news is a means, not an end,” he argued.

Ironically, the entrenched USAGM staff that waged a campaign of “resistance” against the Trump appointees like Pack and Reilly for months – with the help of domestic mainstream media – doesn’t disagree with Reilly’s point. They merely accused the new management of wanting to make the propaganda service partisan in favor of the Republicans, rather than the Democrats.

Technically, the mission of USAGM and its subsidiaries such as VOA and RFE/RL is to “inform, engage, and connect people around the world in support of freedom and democracy” in accordance with the “broad foreign policy objectives of the United States.”

Except obviously, to the employees of those agencies those objectives seem to be legitimate only if set by President Biden, and definitely not by President Trump.