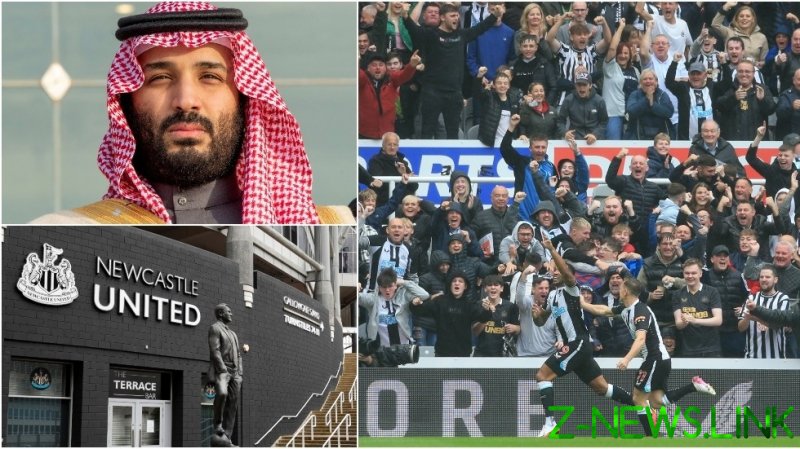 Thursday finally saw the conclusion of one of the most complex, all-encompassing takeover sagas football has ever seen.

After dragging on for 18 months – and involving geopolitical rivalries, TV piracy rows, and outrage over human rights abuses – a consortium bankrolled by the largesse of the Saudi Public Investment Fund (PIF) finally has the keys to Newcastle United.

Just as their Qatari rivals and Abu Dhabi neighbors did before them, the Saudis have their launchpad into the football big leagues – and in their case it comes on the North-East coast of England.

From now on, Saudi cash will be expected to turbocharge Newcastle from Premier League strugglers back into the swashbuckling, title-challenging force they once were. 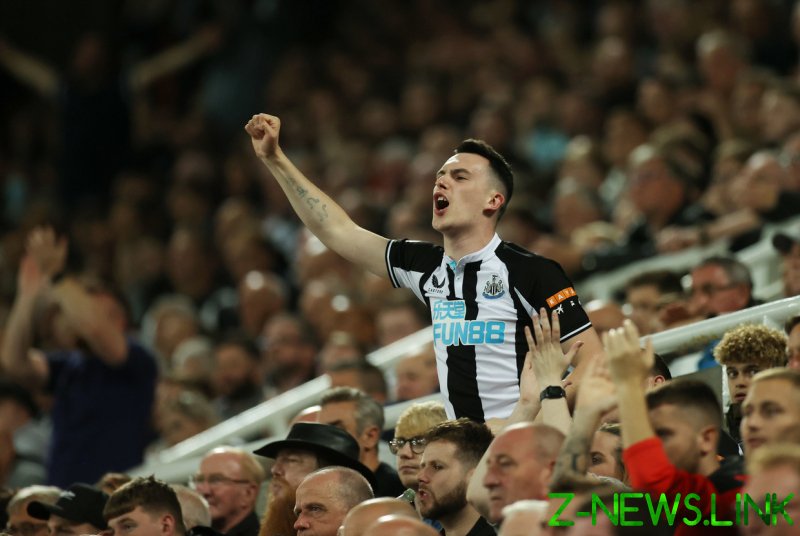 Newcastle fans will welcome a new era for their team. © Reuters

Fantasy shopping lists containing a galaxy of football stars such as Kylian Mbappe, Erling Haaland or Kevin De Bruyne are likely already being prepared among the Geordie faithful – and in all honesty, who could blame them?

Wearied by the 14-year tenure of the widely reviled owner Mike Ashley, for most Magpies fans the Saudi takeover could not come soon enough, as evidenced by the outpouring of ecstasy around St. James Park when the news was confirmed that Ashley had finally departed.

It has been a fraught 18 months for Newcastle fans, who were initially teased by the news that a Saudi-backed deal was in the offing last March, placing beer cans at the ready, only to put them back on ice when the takeover hit the rocks last July.

The stumbling blocks were mainly twofold: the alleged Saudi facilitation of pirate broadcasts from Qatari-based Premier League partner beIN Sports, and a supposed lack of clarity as to whom would ultimately be running Newcastle.

Regarding the former, the Saudis have now lifted their ban on beIN Sports, while Riyadh is also said to be seeking to settle Qatar’s $1 billion arbitration claim over pirate broadcasts to linked to the Kingdom through the BeoutQ network.

Concerning the second hindrance, even though Saudi Crown Prince Mohammed bin Salman is chairman of the PIF – a sovereign wealth fund behemoth with a professed aim of acquiring $1 trillion worth of assets by 2025 – the Premier League is said to have been given assurances that the Saudi state would not be involved in the day-to-day running of Newcastle. 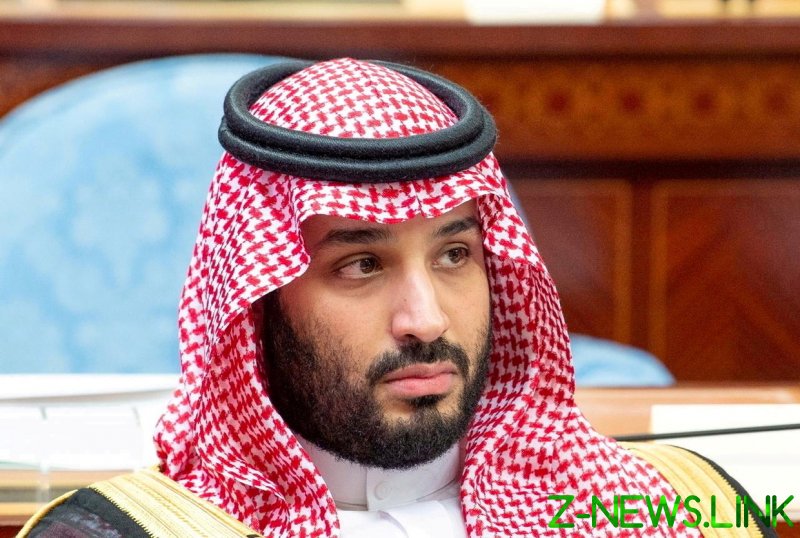 Saudi Crown Prince Mohammed bin Salman ultimately heads up the PIF – but Premier League bosses have been assured the Saudi State will not be involved in running Newcastle. © Reuters

There are no illusions, however, that the lion’s share of the cash is being stumped up by the Saudis, even if the face of the bid has been UK businesswoman Amanda Staveley – who will gain a 10% share through her PCP Capital Partners group, alongside a similar stake for billionaire British property tycoons the Reuben brothers.

Given what’s taken place at Manchester City, where a rise from the depths of despair has been fueled by petrocash from Abu Dhabi, Newcastle fans will be dreaming of something similar.

Downtrodden since the heady days of the 1990s and early 2000s, the St. James’ Park masses have seen their club oscillate between misery and mediocrity during the grim reign of Ashley. 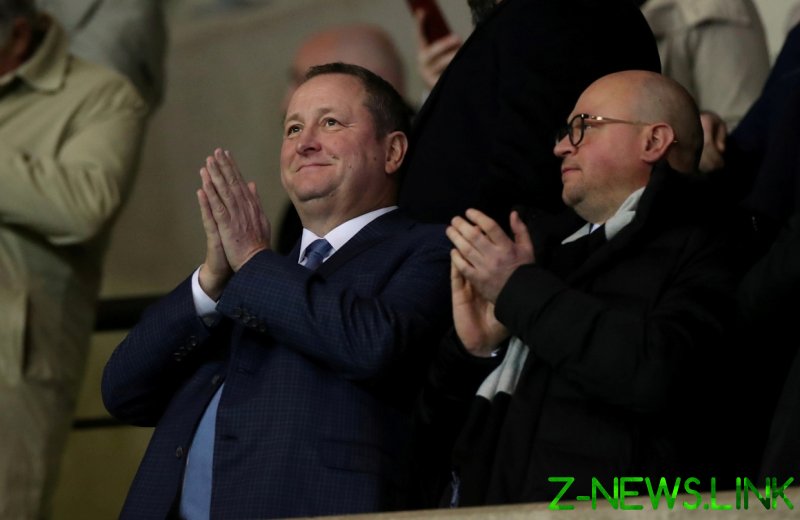 Ashley has been widely disliked during his tenure as owner. © Reuters

This is a man who put Newcastle up for sale not long after he bought it back in 2007, an absentee owner who perceived a proud institution through the prism of promoting his tacky sportswear chain, who ostracized and infuriated club icons, and who brought in his geezer-type pals from down south supposedly just to rile the Geordie faithful up north.

Ashley made no secret that he had long wanted a way out; likewise, Newcastle fans were unabashed in their wish to hasten him to the exit.

Indeed, according to a survey from the Newcastle United Supporters’ Trust survey on Tuesday, a whopping 93% of members were in favor of the takeover. 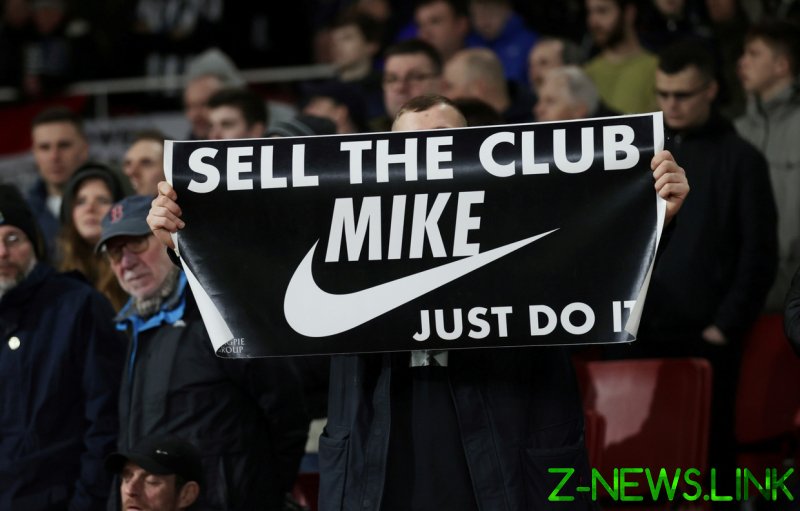 Mike Ashley has long been reviled by the Newcastle faithful. © Reuters

Against them are voices from outside the club, who point to the Saudis’ human rights record, their penchant for ‘sportswashing’ their tainted image by putting on F1 races, boxing bouts, and WWE extravaganzas.

Even as the takeover was imminent, the voices of outrage came from Amnesty International and the fiancée of murdered Saudi dissident journalist Jamal Khashoggi.

But as Newcastle fans roll out the red carpet for their new owners, it doesn’t mean many are not conflicted about the Saudis, nor that they do not care at all about the allegations of human rights abuses and treatment of women and minorities.

Fans will be fully aware of the metaphorical baggage their new owners bring with them on their private jets whenever they are in town.

What it also doesn’t mean, though, is that Newcastle fans should be the ones called on to dissent against the deal, or come out in protest against their new Saudi benefactors.

After all, why should they? In terms of letting ‘regimes’ or questionable owners into football, that horse bolted long ago.

Many will casually point to Manchester City’s Abu Dhabi owners, or PSG’s Qatari backers and their own questionable records on rights. And what about the likes of Manchester United, who already have a ‘strategic partnership’ with the Saudi General Sports Authority?

Everywhere you look, football has been sullied by dubious associations in the pursuit of money.

Why should Newcastle fans be expected to rise up in a moral crusade, just when they are presented with a chance to be freed from the chains of despair by the promise of riches from the Middle East which will bring investment flowing into the team and local area – something that an austerity-obsessed UK government would otherwise not concern itself with? 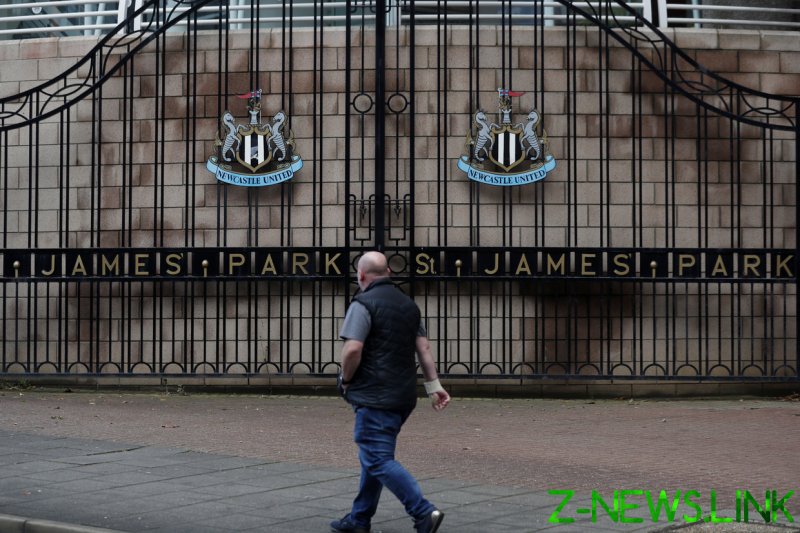 Newcastle fans will hope the gates to a new era have been opened at their club. © Reuters

There will be the liberal metropolitan football scribes who will broadcast their disgust at the Saudi deal, signaling their virtues while continuing to cover the club and sampling its matchday hospitality.

But amid that opprobrium and uproar, Newcastle’s Toon Army do not deserve to have others’ virtue-signaling projected onto them, or to be called on to take some kind of moral stand when others at far higher stations in the game have long failed to do so.

Instead, it should be remembered most of all that Newcastle fans are simply glad to be rid of a man who sucked the life out of their club in such a soul-destroying union for the past 14 years.

Where many will see ‘sportswashing’ from the Saudis, for most among the Newcastle faithful it will simply be removing the stains of one of the most unedifying eras that they can remember.