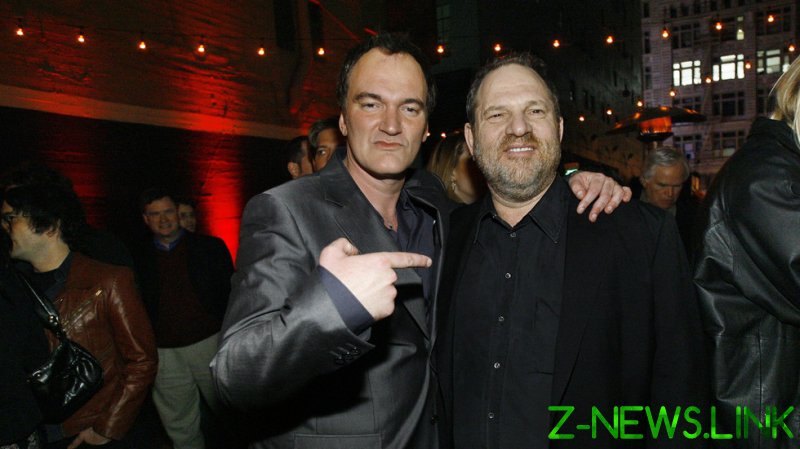 Quentin Tarantino said the quiet part out loud the other day when, on Joe Rogan’s podcast, he admitted he “knew” of his longtime film distributor Harvey Weinstein’s aggressive sexual depravity.

Tarantino, who went on the Joe Rogan Experience to promote the novelization he wrote of his film ‘Once Upon a Time…in Hollywood’, made clear that, in regard to Weinstein, he “didn’t know about the rapes or anything like that,” but stated, “I knew he was –  you know – I chalked it up to the boss chasing the secretary around the desk. As if that’s OK. But I mean, that’s how I kind of looked at it. He was making unwanted advances.”

“Unwanted advances” is certainly a way of putting it, as Harvey made lots and lots of “unwanted advances” on women. So many, in fact, that he’s been sentenced to 23 years in prison for rape, and is still facing other charges.

Tarantino tried to explain to Rogan how, in hindsight, “I wish I had talked to him … I wish I had sat him down and gone, ‘Harvey, you can’t do this. You’re gonna f**k everything up.’”

I suppose that could be classified as a form of regret – misguided regret, but regret nonetheless. Maybe what Tarantino really regrets is losing Weinstein the golden goose: the guy who made movies into big hits and Oscar nominations happen, rather than regret for not protecting women from Weinstein the predator.

Tarantino didn’t warn Weinstein that his illicit behavior was “going to f**k everything up” because Tarantino didn’t want to f**k uphis fantastically prosperous relationship with the notoriously bombastic bully, whom the director called a “father figure.”

Weinstein didn’t just make Tarantino rich, he made him relevant, and, in Hollywood, that is the greatest gift of all. And the reason Harvey was immune from consequences for his actions for so long is because he made lots of other people rich, famous, and relevant as well.

Tarantino said as much when he admitted that he wasn’t alone in keeping his mouth shut in order to keep the money and awards train running. The director told Rogan that the Hollywood heavy-hitters who say they didn’t know about Weinstein’s predatory behavior are full of it.

“Everybody who was in his orbit knew about it. There’s nobody who said they didn’t know who didn’t know… That includes all the big actors he palled around with… They all knew.”

There were a lot of people in Harvey Weinstein’s large orbit who owed the producer a great deal and who are implicated by Tarantino’s claim: Matt Damon, Ben Affleck, Meryl Streep, Martin Scorsese, Oprah Winfrey, Lena Dunham, and even Bill and Hillary Clinton, to name but a few.

These people, and many others, may never have seen Harvey do anything aggressive with women first-hand, but it’s impossible to believe they hadn’t heard about his notorious behavior. Hell, I’m an absolute nobody and I’d heard about Weinstein’s disgusting reputation.

Weinstein’s depravity, like that of fellow scumbags Brett Ratner and Bryan Singer, wasn’t so much an open secret in Hollywood as a running joke. But since these three deplorables made lots of people money, people laughed instead of spoke up.

As easy as it would be to get indignantly outraged at the inaction of Tarantino, who, despite his writing and directorial genius is an easy target, the reality is that, unfortunately, most people would keep their mouths shut, too, if put in a similar position.

The devil’s bargain Tarantino and so many others made with Weinstein is the same bargain many ‘regular’ people make for even less substantial reasons.

The two most common side-effects of desperation and ambition are hypocrisy and a recurring blind eye turned toward what could stifle your ambition and agitate your desperation. As Orwell once wrote, “To see what is in front of one’s nose needs a constant struggle,” and the reality is that being able to see the truth and actually admit it to yourself in real time is extremely difficult when your livelihood or emotional wellbeing depends on you not seeing it.

This isn’t to say that all sexual assault and rape claims are equal. We shouldn’t just ‘believe all women,’ as women are equally as capable and likely to lie as men. Nor should we ignore due process to satiate our thirst for revenge.

We also shouldn’t celebrate the emotionalist-fueled, vapid, and vacuous hysteria that is the #MeToo movement, which infantilizes women, removes from them even the slightest bit of agency, and weaponizes female regret at the expense of diminishing the suffering of actual rape victims.

What we should do is remind people, be they Hollywood stars tainted by their silence regarding Weinstein, or Trump supporters ignoring his sexual conduct, or Biden voters brushing aside claims against him, that their loyalties lie not with the truth, but with their personal or political ambitions, and therefore they have no moral clarity and are to be distrusted.

In conclusion, once upon a time in Hollywood, an uncommon talent at writing and directing revealed his cowardice by keeping silent about a powerful producer’s sexual depravity, thus revealing himself to be a painfully common, and very flawed, human being… just like the rest of us. Sounds like an interesting movie idea. I wonder who’ll direct? 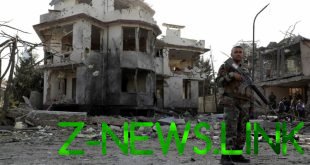 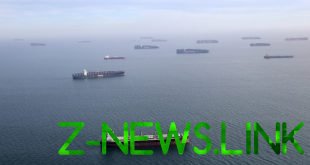 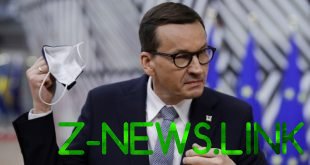