Home / WORLD / Don’t be so selfish! Australia’s India travel ban’s NOT about racism – not putting others at risk is simply the right thing to do

Don’t be so selfish! Australia’s India travel ban’s NOT about racism – not putting others at risk is simply the right thing to do 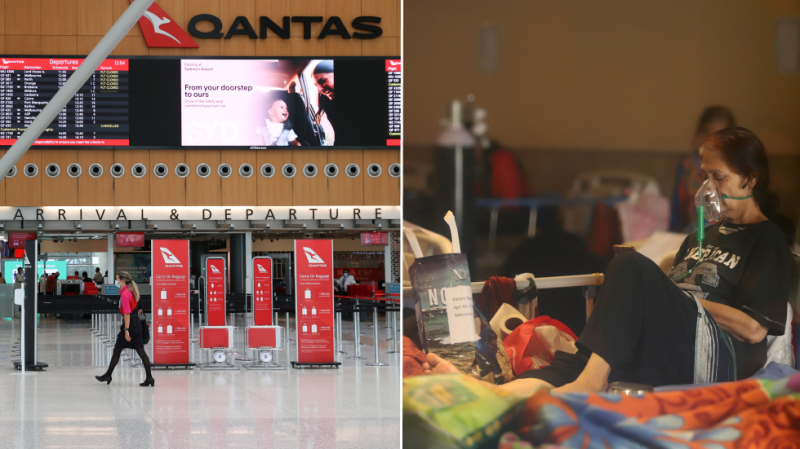 Tough new Covid-19 emergency laws enacted by the Australian government might have stranded up to 10,000 of its residents in India, but at home a storm is raging, with accusations of racism and a breach of human rights causing all sorts of problems.

The snap decision to fine and/or jail anyone flying to Oz from India announced at midnight on Friday caught Indian community leaders by surprise, particularly as they had met with federal ministers earlier in the day and no mention had been made of the plan.

But as soon as powers under the Biosecurity Act came into force, an estimated 10,000 Australian citizens and permanent residents in India found themselves stranded abroad and banned from returning home under threat of a fine of up to AUS$66,600 (US$51,200) and a jail term of up to five years for breaking the rules.

Such was the backlash, however, that the Australian Human Rights Commission issued a statement on Saturday expressing what it felt were “serious human rights concerns”.

“The need for such restrictions must be publicly justified. The government must show that these measures are not discriminatory and the only suitable way of dealing with the threat to public health,” it warned.

Of course, to those who view everything in life through a prism of race, there was further upset. Chairman of the India-Australia Strategic Alliance Dr Jagvinder Singh Virk, who had already helped arrange paid-for charter flights to rescue Australians stranded in India several weeks ago, claimed, “People are feeling it’s racist. If these were 10,000 Australians with white skin, would they have done the same thing they are doing right now? No.”

Always be wary of people who ask open questions that they then answer themselves. It’s because that’s the only answer they will accept, no matter what the reality.

On Sunday, for instance, India recorded 392,488 new cases of Covid-19. A day later, Australia logged just 15. Maybe those politicians calling for all Australians stuck in India to be brought home “as a priority” should take a long, hard look at how those figures stack up.

At the Howard Springs quarantine facility in the Northern Territory, one Aussie minister, Alan Tudge, told a TV journalist that the coronavirus infection rate among its guests was at 15%, even though World Health Organization officials had advised that such centres should have rates of no higher than 2%.

Government figures revealed that, of the 121 Covid cases recorded at the facility, 103 were people returning from India.

Aussies, among them my own family and elderly parents, have had a tough time during the pandemic, enduring strict and prolonged lockdown measures that successfully kept the death toll to below 1,000. While that is still a high price to have paid, the cost of Covid would doubtless have been much higher had those draconian laws not been in place and rigorously enforced.

Australians do not want jumbo jets packed to the gills with people returning from a country ravaged by a killer virus landing en masse at their airports. The country’s quarantine system is just not big enough to cope with the public health demands of such an influx.

Quarantine is expensive, whoever pays. Why should the Australian taxpayer have to foot the bill? The harsh reality is that those people in India are better off staying where they are, abiding by local rules and waiting for the Australian government’s travel ban review in two weeks’ time.

To insist on being ‘rescued’ and returned home in numbers that would overwhelm the quarantine facilities is selfish, and puts not only the returnees at risk, but the lives of their fellow countrymen too. And that has nothing to do with racism or human rights. It is about doing the right thing as an Australian.