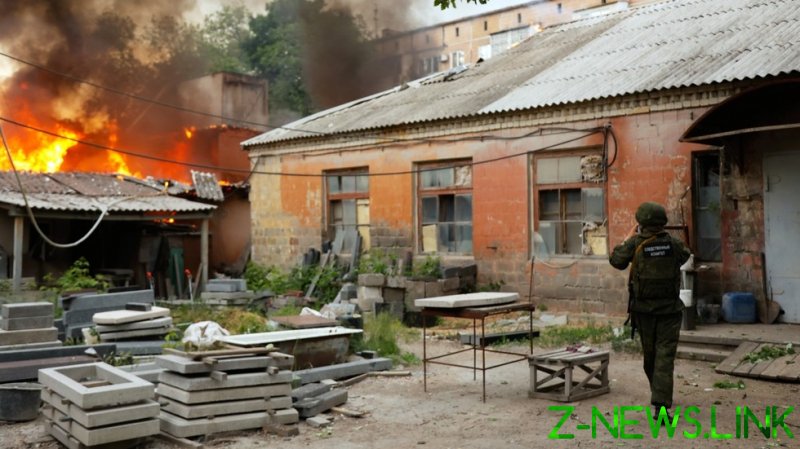 Some 50 projectiles fired by a multiple rocket launcher have dropped on the city of Donetsk, RT correspondent Roman Kosarev has reported from the scene. The strikes are said to have hit the Kalininsk neighborhood of the capital of the Donetsk People’s Republic (DPR).

The shelling had earlier been reported by the head of the city’s administration, Alexey Kulemzin, who said that at least at one location a massive fire was caused by a hit on some garages.

DPR self-defense claimed on Telegram that the barrages of Grad rockets were coming from Avdeevka, which is controlled by Ukrainian forces.

Local authorities previously said that the city’s Lenin neighborhood had been targeted by apparent Ukrainian fire on Monday as well. Multiple videos available on social media purport to show the aftermath of the shelling.

Reports of heavy Ukrainian shelling of Donetsk have been coming virtually on a daily basis since last week. DPR officials claim that Ukrainian troops are attacking the city indiscriminately out of spite for the defeats they suffered recently on the battlefield.