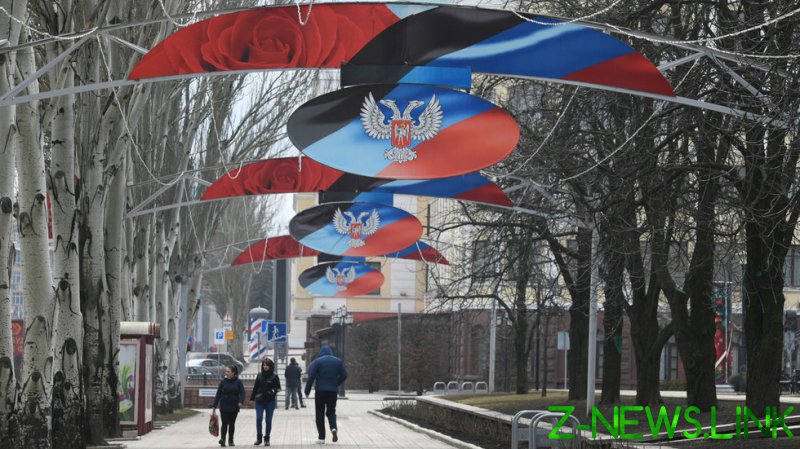 Russia’s move to recognize the independence of the Donetsk (DPR) and Lugansk (LPR) People’s Republics may spur negotiations that finally bring and end to the Ukrainian crisis, Vitaly Naumkin, president of the Institute of Oriental Studies of the Russian Academy of Sciences, told RT.

“The recognition of the two republics by Russia can, in theory, lead the negotiations [between DPR, LPR and Kiev] out of the deadlock. For that, however, Ukrainian leadership needs to show political will,” Naumkin said in an interview, though added “So far, they have not shown it.”

Naumkin pointed out that Kiev had missed out on many chances to strike a deal with the breakaway republics in the past, noting that “When they had been told they needed to negotiate with Donetsk and Lugansk, they categorically refused to do so.”

Kiev’s consistent unwillingness to negotiate and its reluctance to implement the Minsk agreements – deals struck to mediate the conflict between separatist forces in the Donbass and the Ukrainian government – has ultimately become the reason behind Moscow’s move, Naumkin suggested.

After they de-facto tried to regain control over the two republics by force, and after they effectively sabotaged the Minsk agreements – what else did they expect?

The analyst went on to argue that Russia’s decision to recognize the sovereignty of the break-off republics could also pave the way for some “serious negotiations” between Washington and Moscow, provided that the US “reconsiders” its rejection of Russia’s proposals on security guarantees in Europe. The Russian side envisions a ban on NATO’s expansion eastwards, citing repeated assurances from Western leaders about the military bloc following the fall of the Soviet Union. Real decision-making on Ukraine happens across the Atlantic, Naumkin claimed.

“Kiev is not the place where the decisions are made, it’s not the office of [Ukrainian President Volodymyr] Zelensky, but the United States,” he stressed.

However, it “remains to be seen” what replaces the defunct Minsk agreements, said Fyodor Lukyanov, who chairs the Presidium of the Council on Foreign and Defense Policy, a non-governmental advisory body.

“I don’t think [the recognition of the Donbass republics] will bring us closer to the solution because now we should expect the reconfiguration of the whole process,” Lukyanov said.

While the 2014 and 2015 Minsk accords attempted to bring an end to the conflict in eastern Ukraine and offered “a possibility for Donbass to have a widespread autonomy inside the Ukrainian state,” Russia’s formal recognition of the republics will likely entail an entirely new approach, he continued.

Arguing that a potential deployment of the Russian military to the newly-recognized republics would make the situation “much more stable” in terms of security, he went on to say that “strategically,” it has become “much less predictable.”

The recognition of the republics triggered a wave of sanctions from the West, including against the embattled Nord Stream 2 gas pipeline connecting Russia and Germany. On Tuesday, Berlin put an indefinite hold to the pipeline’s certification, although the process has already been suspended for quite some time.

Oleg Barabanov, MGIMO University deputy director for research at the European Studies Institute and Valdai Discussion Club program director, told RT that the Nord Stream decision was “expected.” While Moscow is set to “lose some profits” from the sanctions against the pipeline, the losses “couldn’t be terrible,” Barabanov said, arguing that Nord Stream 2 was “a lost project already for several years” following a series of delays and hold-ups.

“It’s not the case that will kill the Russian economy absolutely,” he said.

Barabanov went on to argue that restrictions imposed on the project would likely hurt the EU the most.

“Sanctions in the energy sphere against Russia are, in fact, against the European Union itself. That’s the fact that politics prevail over economics,” he said, echoing earlier comments from former Russian President Dmitry Medvedev, who recently quipped that Europe may soon double its energy costs thanks to the scrapped Nord Stream project.