Dolgopolov made it to 1/8 final of masters in Shanghai 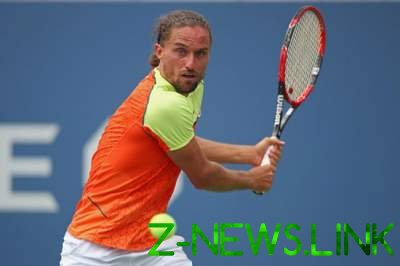 The strongest tennis player Oleksandr Dolgopolov reached the third round of the ATP 1000 in Shanghai with a prize Fund of $8,092,625.

The only face-to-face match between the tennis players was played in 2010 on clay tournament in Barcelona with the score 3:6, 0:3 Dolgopolov refused to continue the fight.

In the first set tennis players without breaks. In the tiebreak, Dolgopolov never lost her serve, and two mini-break allowed him to take the lead.

Lopez took revenge in the second set the Spaniard twice defeated Dolgopolov at the reception, and on his serve and lost only two goals.

At the start of the decisive set, Dolgopolov and Lopez exchanged breaks. With the score 4:3 Ukrainian failed to convert two break points, but five minutes later, did not repeat their error. Lopez made a double match-point and couldn’t save the match.

Next opponent Alexander Dolgopolov in Shanghai may be the legendary Roger Federer if the Swiss beat Diego Schwartzman.