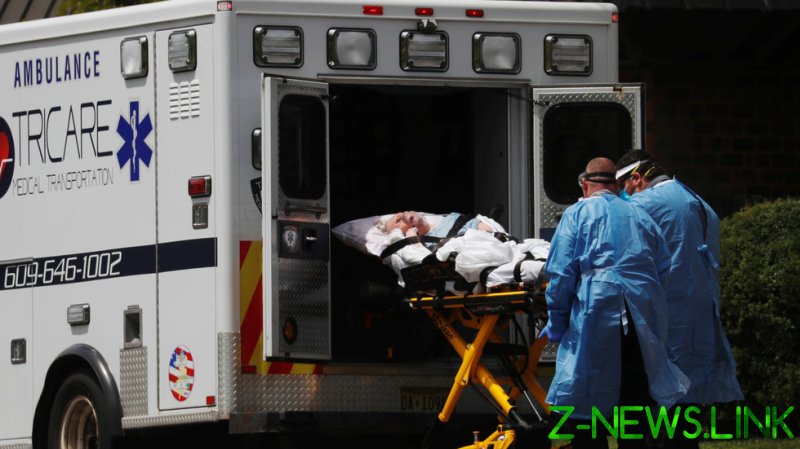 The governments of New York, New Jersey, Michigan, and Pennsylvania have been ordered to turn over Covid-19 data to the Justice Department’s Civil Rights Division as the agency weighs whether to pursue the probes, according to a statement released on Wednesday. Investigations would be launched under the Civil Rights of Institutionalized Persons Act (CRIPA), a law meant to protect the rights of those living in state-run nursing homes.

“The Civil Rights Division seeks to determine if the state orders requiring admission of Covid-19 patients to nursing homes is responsible for the deaths of nursing home residents,” the statement reads, while acknowledging the requests themselves do not constitute “accusations of fault or wrongdoing.” States have two weeks to provide the data.

All four states’ Democratic governors infamously required care homes to admit patients from hospitals without testing them for Covid-19, despite knowing that the virus could – in the now-immortal words of New York Governor Andrew Cuomo – spread through the facilities “like fire through dry grass.”

As public outcry grew with awareness of the NY governor’s order, Cuomo tried to blame virus-stricken care homes for not disobeying him and refusing Covid-19-positive patients. The order itself was even stealthily deleted from the New York healthcare website amid the outrage.

While Cuomo has tried to defend his policies by arguing New York actually had a lower percentage of deaths in nursing homes than other states, recently-released federal statistics suggest the state dramatically undercounted its care home fatalities by omitting residents who died in hospitals from the totals. While the official tally of 6,600 care home deaths is already the highest in the nation, an AP report earlier this month suggested the real number may be as much as 65 percent higher.

Pennsylvania Health Secretary Rachel Levine was urged to resign in May after it emerged that she had moved her own mother out of an elder care facility at the start of the pandemic even while pushing the same killer policy mandating care homes take coronavirus-positive patients. Over two-thirds of Pennsylvania’s Covid-19 deaths have occurred in such facilities.

Many, including Republican congressman Steve Scalise, hailed the data request as “HUGE” proof of an imminent reckoning for the Democrats.

However, others cried politics, noting no Republican governors were being asked for their state’s coronavirus data and blaming Trump for the deaths.

The Justice Department launched a crusade against substandard nursing home care in March dubbed the National Nursing Home Initiative, pledging to step up civil and criminal investigations of elder care facilities that mistreat or neglect their residents.

However, the project was quickly eclipsed by the coronavirus pandemic, which has sickened over five million Americans and contributed to the deaths of over 179,000, according to data collected by Johns Hopkins University.