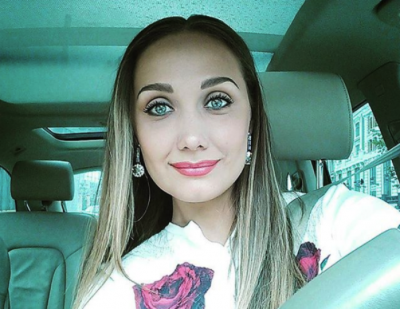 The singer for the past twelve days and is intensive care.

Ukrainian singer Eugenia Vlasova eight years ago had surgery for cancer. It turned out that the operation was not very successful, and recently, the actress felt ill and was hospitalized. For 12 days she is in the hospital, where doctors are fighting for her life. It turned out that after the surgery, the singer, has formed adhesions and had developed a bowel obstruction. Doctors could not immediately fix the problem.

It is reported that Vlasov few days spend in intensive care, then she will prescribe a course of rehabilitation. Mother of singer Galina Poplavskaya told that her daughter has requested to transfer her to a regular room, but it has only recently been on the verge of life and death, therefore, her request cannot be satisfied. Mother Eugenia also admitted that he paid a large sum for her treatment and is now forced to seek help, as its a means to an end. “At first I didn’t want to publicly raise my daughter money. But I understand that this is all she will get. Their resources we have left,” explained the woman. According to her, the singer for a year does not act, and the money accumulated Vlasov has invested in his own firm. However, to start work the artist did not have time, as got to the clinic, so the money she is almost there. “Eugene needs to get out of this state that she lived” – appealed for help to the caring Poplavskaya.

See also:  Masha Efrosinina lit up on the cover of the fashion glossy

Recall that the singer Eugenia Vlasova was born in Ukraine and was married to the former General producer of the group “VIA Gra” Dmitry Kostyuk. In Russia, she gained fame after participating in the contest “Five stars”, which was organized in Sochi in 2007. Then Eugene took the sixth place, losing to the Duo “Potap and Nastya Kamensky”, as well as Encouraging Wife. The singer has a daughter Nina, which this year was 13 years old.