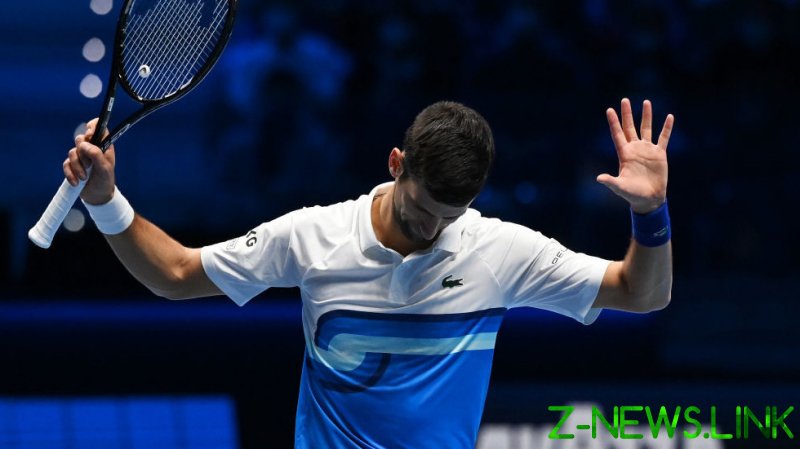 Tennis world number one Novak Djokovic has sent a message to his fans as he awaits a decision on whether he will be deported from Australia after being held when he entered the country for the first Grand Slam of 2022.

In a debacle that has surpassed sporting drama, Serbian icon Djokovic is being kept in a hotel after being told the medical exemption he was granted to defend his Australian Open title is not valid.

Djokovic broke his silence amid media reports of leaked documents showing guidelines appearing to have advised players that they would be able to play at the tournament if they could prove they had tested positive for Covid after July 31 2021.

Speaking for the first time since he spent hours being grilled by border officials over his visa, Djokovic issued a brief response to his supporters.

“Thank you to my family, to Serbia and to all good people all over the world who are sending me their support,” Djokovic wrote on Instagram, where he has almost 10 million followers, via translation. “Thank dear god for health.”

Djokovic admirers have gathered outside the hotel and the response in the 20-time Grand Slam champion’s homeland has been fierce.

Serbian president Aleksandar Vucic has accused Australian Prime Minister Scott Morrison of being part of a ‘witch hunt’ against the national hero, and Djokovic’s parents have reacted furiously, with his father, Srdjan, saying Australian leaders are guilty of “trampling on the Serbian people.”

“He was taken to a migrant hotel to a dirty room without any belongings, which he was told would be returned to him upon his return to Europe,” said Djokovic’s brother, Djordje.

“He was treated like a criminal while he is a healthy and decent man and a sportsman who has not endangered anyone’s life and has not committed any federal or legal offense.”

The apparent leaked guidance, which appears to say that players can defer vaccination until six months after a positive test, is likely to put more pressure on Tennis Australia boss Craig Tiley.

Djokovic’s devoted wife, Jelena, has already spoken out on the social media platform.

“Thank you, dear people all around the world, for using your voice to send love to my husband,” she wrote.

“I am taking a deep breath to calm down and find gratitude (and understanding) in this moment for all that is happening.

“The only law that we should all respect across every single border is love and respect for another human being. Love and forgiveness is never a mistake but a powerful force.”

A decision on Djokovic is expected to be reached by a judge on Monday. His predicament has drawn a mixed response, with many exponents of Covid vaccines criticizing the 34-year-old.

Veteran Czech tennis star Renata Voracova is reportedly being detained in the same hotel as Djokovic because of a visa issue.