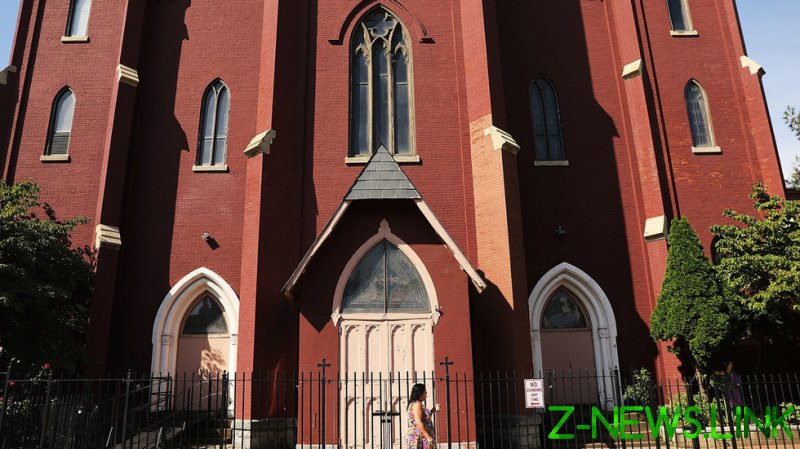 The 200-plus dioceses, and the churches and schools the Catholic Church operates under their names pulled down over $3 billion in taxpayer-funded aid from the Paycheck Protection Program (PPP), as part of the US coronavirus bailout of small businesses, according to an Associated Press (AP) investigative report published on Thursday.

The tidy sum puts the Church considerably ahead of its private-sector counterparts in terms of government aid received over the course of the pandemic. Certain the shutdowns would force them to use up the millions of dollars saved away for a rainy day, Roman Catholic dioceses such as that of Charlotte, North Carolina were quick to apply for emergency aid under the PPP. The diocese received a total of over $8 million, despite the tidy nest egg of $100 million in cash and short-term investments it was sitting on.

Indeed, the AP found dozens of Catholic dioceses were lavished with PPP cash, even while holding onto their own emergency assets, which amounted to over $10 billion in total. Financial statements from 112 dioceses whose records the AP was able to access, plus the schools and churches under their control, revealed that those particular dioceses collected over $1.5 billion in taxpayer-backed funding amid the pandemic. Most were found to be financially well-off to the point that they could cover six months or more of operating expenses, even if they received no new income.

Including all American dioceses, the Roman Catholic Church’s PPP haul was more than $3 billion, making the Church “perhaps the biggest beneficiary of the paycheck program,” according to the AP. The information was only revealed after several news organizations sued the Small Business Administration to release public records of how the PPP money had been distributed – something then-Treasury Secretary Steve Mnuchin was vehemently against.

Most church officials defended their windfalls to the outlet, noting that, without the taxpayer bailout, they would have had to cut jobs and would not have been able to meet the needs of the food pantries and other services offered during the outbreak. Pushing back on the notion that they were taking what was not rightfully theirs, they pointed out that the hardest-hit churches’ income fell by as much as 40 percent for several months, forcing them to lay off some staff and cut others’ wages.

Church employees deserved assistance the same as any Main Street small business, the officials argued, even suggesting the AP was misreading financial records. The investigation showed Catholic organizations pulling down “roughly twice as much” as 40 of the best-known large charities in the US put together, though the largest non-religious charities – those with more than 500 employees, at least – may not have been eligible for the PPP to begin with.

Former accountant Fr. James Connell, a member of the Milwaukee Archdiocese, sided with the AP, expressing concern that Catholic churches were receiving money they didn’t need while thousands of small businesses were permanently going under. Another pastor who wished to remain anonymous said he was pestered by higher-ranking officials to apply for aid multiple times and accused of “leaving free money on the table.”

The Catholic Church has been under the microscope lately for a seemingly endless string of scandals, from child molestation to financial trickery. And US dioceses are far from the only ones wrestling with some disturbing new revelations. Nuns at a convent in Speyer, Germany, belonging to the Catholic Archdiocese of Cologne reportedly used the facility to sexually traffic orphaned boys to businessmen and clergy for weeks at a time. Some 175 children were subjected to heinous abuse at the convent over a 20-year period, and even denied adoption or foster home offers just so they could continue making money for the nuns.