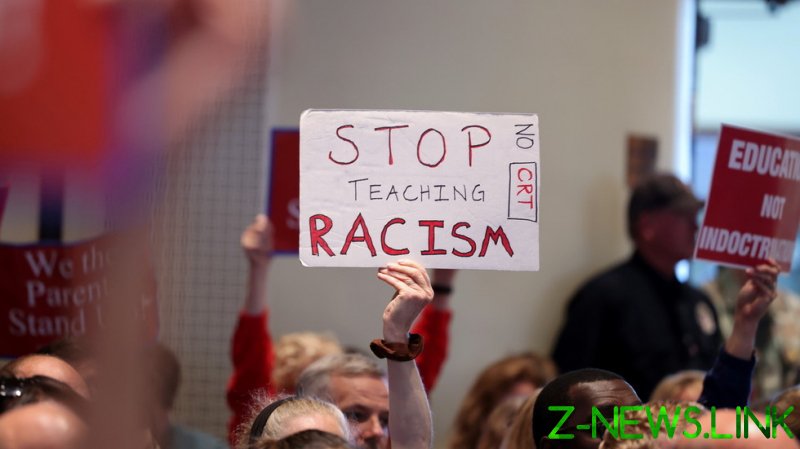 The memo “has been and will continue to be read as threatening parents and chilling their protected First Amendment rights,” and ought to be revoked “immediately,” wrote ranking member of the House Judiciary Committee Jim Jordan (R-Ohio). He was joined by 18 of his colleagues.

In congressional hearings last week, Garland acknowledged his memo was based on a letter from the National School Board Association (NSBA) dated September 29, which complained about alleged threats of violence directed at school boards across the country and argued they should be handled like “domestic terrorism,” using the Patriot Act.

However, the NSBA disavowed the letter on Friday, blaming it on renegade leadership and offering a lengthy apology for “some of the language included.” The move came after 20 state school board associations revolted against NSBA over the letter, and some reportedly withdrew funding.

NSBA’s apology also followed media reports based on their internal emails, which showed that the organization’s leadership had coordinated the controversial letter with the Biden administration – specifically, the White House and the Department of Education.

Documents obtained by parent advocacy groups revealed that NSBA President Viola Garcia and CEO Chip Slaven had been communicating with the White House for weeks before sending the letter to the media, making the speed with which Garland’s DOJ reacted to it all the more suspicious.

Shortly after the House Republican letter was made public, the Washington Free Beacon reported another interesting detail: earlier this month, Education Secretary Miguel Cardona appointed Garcia to the National Assessment Governing Board.

The board was created by Congress in the 1980s to help the Education Department set national standards for progress in education, meaning that Garcia was put in position to craft policy advice for Cardona – just weeks after coordinating with him on the NSBA letter.

According to the Free Beacon, Garcia’s appointment was effective on October 1, just two days after the NSBA letter was made public, but was not formally announced until October 13.

A similar investigative report helped unravel the NSBA affair to begin with. One of the top examples Garcia and Slaven used to illustrate the purported threats of violence was the arrest of a man in Loudoun County, Virginia earlier in June. As reporting by the Daily Wire earlier this month showed, however, Scott Smith accused the board of covering up the sexual assault on his daughter in a school bathroom, when officials called the police on him and accused him of causing a disturbance.