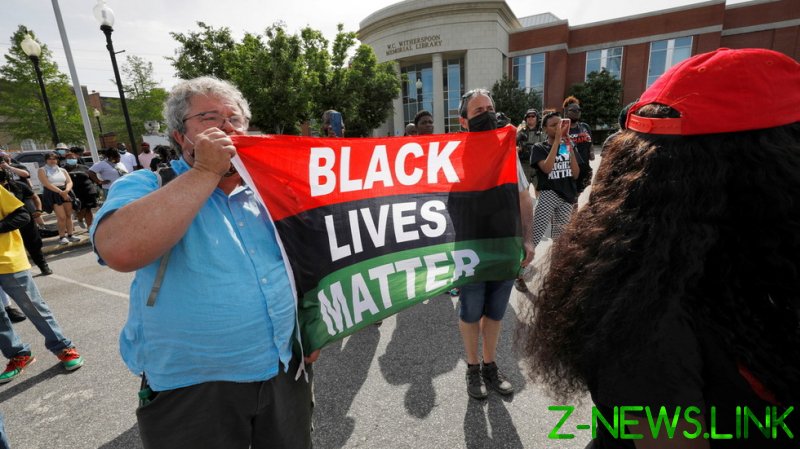 “White-minded supremacy,” author and trauma specialist Resmaa Menakem, informs viewers at the beginning of the video, “is not episodic; it’s structural.”

Menakem goes on to say that white people feeling “horror” at events such as the killing of George Floyd, which kicked off numerous Black Lives Matter protests across the country last year, is not enough – and is different to black Americans dealing with “structural racism.”

Other experts also weigh in on the pitfalls of ‘whiteness,’ including psychologist Rebecca Toporek, who said white people go through a “racial awakening” when they witness such events. They must understand their “white racial identity” to be “self-aware” as a white person, interviewer Nicole Ellis argues. This process, though, is a lifelong process, viewers are told.

One white woman appears in the video to claim she has identified daily racist thoughts as part of her journey. Another says she felt “deep shame” at being white after “unpacking” racist histories she had been taught her whole life.

Menakem and others go on to recommend white people creating “accountability groups,” which equates to a place to “process” racism, a group whose “responsibility” it is to “call out” white people when they are being racist and do not know it.

The Post’s video ran on their homepage before being noticed by conservative critics, who blasted the video’s central conceit that “whiteness” equates to racism on its own and accused the project’s ‘experts’ of pushing “neoracist” points about skin color.

“It’s really frustrating watching people try to move us towards a society where someone’s skin color becomes their defining trait. The very type of society that so many people sacrificed to move away from. The progress they made is worth fighting for,” author and pundit AG Hamilton tweeted.