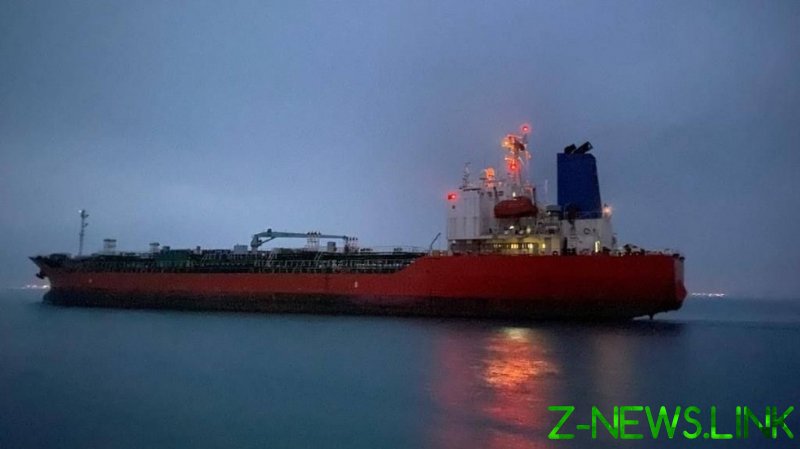 The MT ‘Hankuk Chemi’ tanker was permitted to leave Iran on Friday morning, South Korea time, the ministry said in a statement, noting that the captain and crew are “in good health” and that the vessel is in working order.

Departing from the Rajai Port near Bandar Abbas, Iran, the ship is now traveling, according to marine tracking data. It spent some three months in custody, after it was seized in the Strait of Hormuz near Oman in early January.

While Tehran agreed to release 19 crewmen in February, its captain was kept in detention. A complement of 12 crew members also chose to remain on board to assist with maintenance.

The move comes amid a months-long spat over some $7 billion in Iranian funds locked up in South Korean banks due to US sanctions on the Islamic Republic. Although Iranian media reported in late February that the two sides had reached an agreement on returning the assets, it remains unclear how much progress has been made since. Around the same time, South Korea’s Yonhap News noted that Seoul was in discussions with Washington about the issue, citing the Foreign Ministry, but offered few other details on whether a deal was reached.

Iranian authorities claimed the ‘Hankuk Chemi’ had polluted its waters with petrochemicals and violated maritime environmental laws. A government spokesman, Ali Rabiei, denied charges that its crew was taken “hostage” and that the issue had any connection to the dispute over the funds. He nonetheless accused South Korea of holding his country’s wealth captive.

The assets were frozen under a raft of US sanctions reimposed in 2018 by then-president Donald Trump, who simultaneously backed out of the 2015 nuclear agreement signed between Iran and world powers. Washington holds powerful leverage over international financial institutions, such as SWIFT, helping it to pressure other nations enforce its economic penalties.