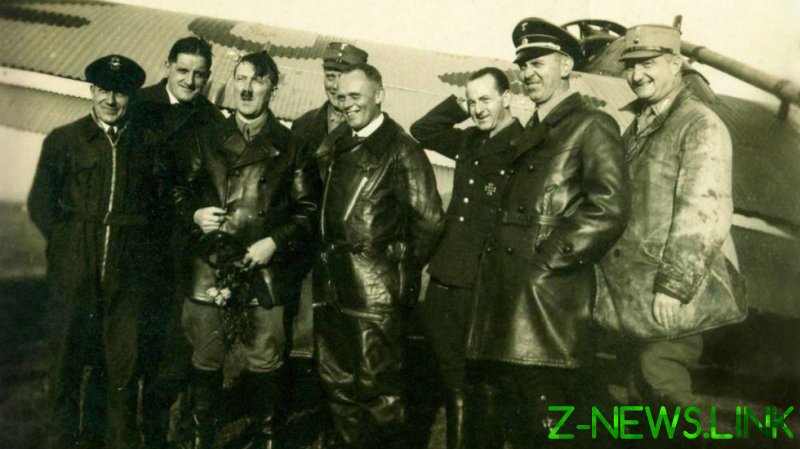 Russia’s Federal Security Service (the successor of the KGB) has declassified documents from the case file of Adolf Hitler’s personal pilot on Friday, revealing details of the final hours of the Nazi dictator. Hitler committed suicide on April 30, 1945, just days before Soviet troops captured Berlin, effectively ending World War II in Europe. His body had been doused with gasoline and burned.

Lieutenant General Hans Baur who worked for Hitler for more than a decade, was captured by Soviet soldiers on May 2, 1945, and faced trial in Moscow. Russia’s Federal Security Service (FSB) published previously classified documents from Baur’s file. The papers from the FSB’s Novgorod region branch include Baur’s handwritten autobiography and its translation from German, as well as his testimony.

Baur described his last conversation with Hitler which took place on April 30, 1945, shortly before the Nazi leader and his wife Eva Braun took their own lives. According to Baur, during his final days Hitler almost never left his quarters, looking old and fragile. His hands, as Baur claimed, trembled, and his intention was clear.

“Hitler met me in the hall and led me to his room. He gave me his hand and said: ’Baur, I want to say goodbye to you, I want to thank you for all the years of service,’” the pilot recalled.

Then, according to Baur’s testimony, Hitler wanted to give him his favorite painting – Rembrandt’s portrait of the Prussian King Frederick the Great – as a gift. Baur, in his turn, tried to persuade Hitler not to commit suicide saying that in this case “everything would fall apart.”

“My soldiers cannot and do not want to hold out any longer. I can’t take it anymore,” was Hitler’s response.

He revealed to Baur that he had ordered to burn his and Braun’s corpses “immediately” after death. Hitler explained this wish by the fear that their bodies would have a similar fate to that of Italian dictator Benito Mussolini and his mistress whose bodies, after their April 1945 execution, were hung up for public viewing in Milan.

A couple of hours after the conversation, which he spent burning the documents and preparing to leave Berlin, Baur returned to collect the Rembrandt masterpiece and found out that “everything was over:” Hitler and Braun’s corpses had already been set on fire.

“Several SS guards ran up and down excitedly. I asked, ‘Is it over?’ – ‘Yes’. ‘Where are the bodies?’ ’They [the bodies of Adolf Hitler and Eva Braun] have been wrapped in blankets, doused with gasoline, and they are already burning upstairs in the garden of the Imperial Chancellery. Then I was told that Hitler had shot himself. <…> Someone said: ‘We need to wipe up the pools of blood’…”

On May 13, 1945, employees of the Smersh counterintelligence department in the garden of the Reich Chancellery discovered the burial place of the charred corpses of A. Hitler and E. Braun, “the authenticity of which was confirmed by numerous forensic medical examinations,” the FSB said, commenting on the declassified documents. 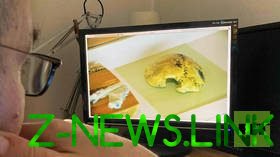 Hans Baur was sentenced to 25 years in prison in the Soviet Union in 1950 but was released five years later. He was imprisoned by the French for about two years until 1957. Later that year he returned to West Germany where he died in 1993 at the age of 95.

Over the years, Hitler’s suicide story has been disputed. In 2009, American researchers claimed that the skull fragment shown at an exhibition in Moscow was not Hitler’s. The head of the FSB’s archives, Vasily Hristoforov refuted those claims at the time saying that the Soviet forensic investigation had clearly proved the authenticity of the remains.

Hitler’s remains were buried in Magdeburg, Germany in 1946, but the Soviet government grew concerned that the burial site could become a shrine for Hitler’s followers, so it secretly exhumed the grave in 1970 and destroyed its contents. Moscow decided to keep the fragments of the skull and jaw that had been used to identify the Nazi leader.