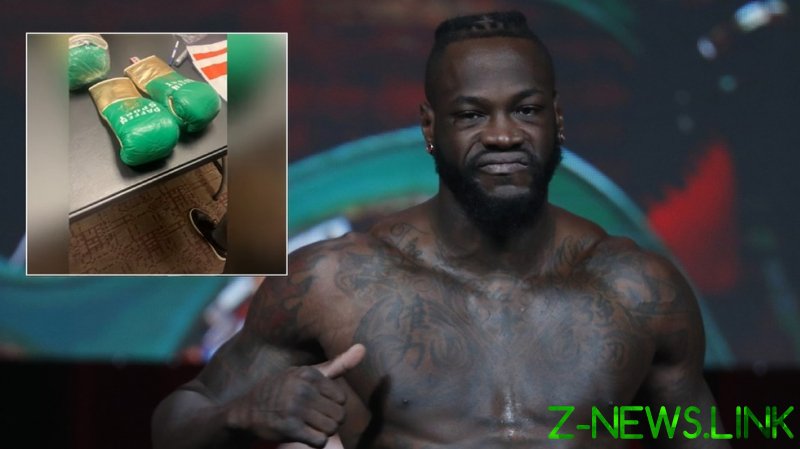 Wilder has repeatedly claimed that he suspects Fury wasn’t playing by the rules when they met in the ring for a second time last year.

On that February night in Las Vegas, Fury took both Wilder’s heavyweight crown and his undefeated record, and with those stings still painfully felt, ‘The Bronze Bomber’ says that he is leaving no stone unturned in his bid to reclaim what he sees as rightfully his – up to and including calling out Fury for what he sees as some gamesmanship ahead of the bout.

Wilder’s team reportedly lodged a complaint with the Nevada State Athletic Commission who are overseeing the fight in which they claimed that the horse hair used to pad Fury’s gloves has been worn away, meaning that there will be less padding between Fury’s knuckle and the end of his gloves. Or at least that’s how he sees it.

“You can cut open a glove all day and look inside and still not know what’s going on. What happened was Fury’s glove that he’s chosen, which is the same thing he had last time, had little to no padding.

“The rest of it was horse hair, we thought horse hair was illegal and out of the question but they said it was [OK], so we said cool. They opened up my glove and my glove padding is at least two to three inches thick.

“His glove looks like they’ve already been used, already folded, bended, like they’ve been thrown in the trash and got back out and say, ‘we’re gonna reuse these’.”

Wilder continued, saying that the NASC officials examined Fury’s gloves – and even cut one open – but determined that there was no foul play at hand.

“I was trying to educate him [the NASC official] on it. One of the guys was trying to say the gloves bend at a 90 degree angle. I had to take my glasses off and look at him so they knew I was real.”

For Wilder, this is a continuation what has become an increasingly fractious relationship with his opponent on Saturday night, saying during the press conference earlier this week that he will “go to his grave” knowing that Fury cheated in their second fight.

“I know things for fact, I have confirmation, clarity of a lot of things,” he added.

Fury, meanwhile, refused to engage too much with the allegations but instead offered a simple summation of the scenario.

“Maybe if he had come up with one of these excuses, it would’ve been believable, but not 15 of them. Come on,” Fury said.

“Wilder said I only won the second fight because I cheated, but then he goes and changes his whole team and does this extra training—trains as hard as he’s ever trained—and all of that. So I ask the question: if I only won because of cheating, what was the point of changing everything and doing all of this other work?“