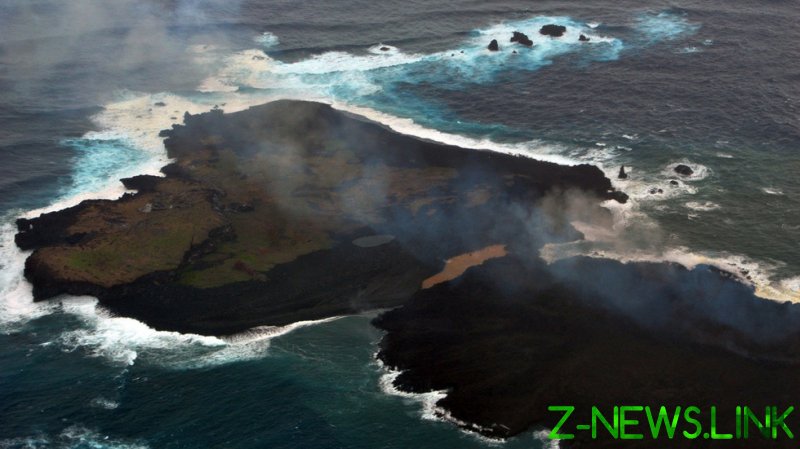 The ultradeep quake rocked the remote Bonin (also known as Ogasawara) Islands off mainland Japan in 2015, coming as an aftershock to a 7.9 magnitude earthquake in the region. The tremor could not be felt at the surface and sensitive equipment was required to source the quake.

Occurring at a depth of 751 kilometers (467 miles), the shock happened in the lower mantle – a zone where seismologists had previously believed it was impossible for earthquakes to happen.

“This is by far the best evidence for an earthquake in the lower mantle,” a seismologist specializing in deep quakes told National Geographic.

The quake was first reported in June in the Geophysical Research Letters journal and was discovered by researchers using Tokyo’s advanced Hi-net array of seismic stations. A consensus among scientists still needs to be made to confirm the quake’s depth.

Under the extreme pressure and temperatures found in the Earth’s lower mantle and deeper crust, rocks are less likely to break when hit by a sudden release of energy, but bend upon impact. Such matter, however, does not always behave as it should, Pamela Burnley, a professor of geomaterials at the University of Nevada, Las Vegas told LiveScience in an article published on Monday.

Most earthquakes occur at shallow levels in the crust and upper mantle, within a 100 kilometer (62 miles) depth. Minerals in the crust have less capacity to bend before breaking due to their cold and brittle nature, Burnley explained.

She also said minerals in the continental crust may be cooler than surrounding rock, meaning they do not behave as expected at such pressure.

Deep quakes pose a mystery to scientists, although one theory is that the boundary between the upper and lower mantle may not be where seismologists think it is, Heidi Houston, a geophysicist at the University of Southern California, told LiveScience.