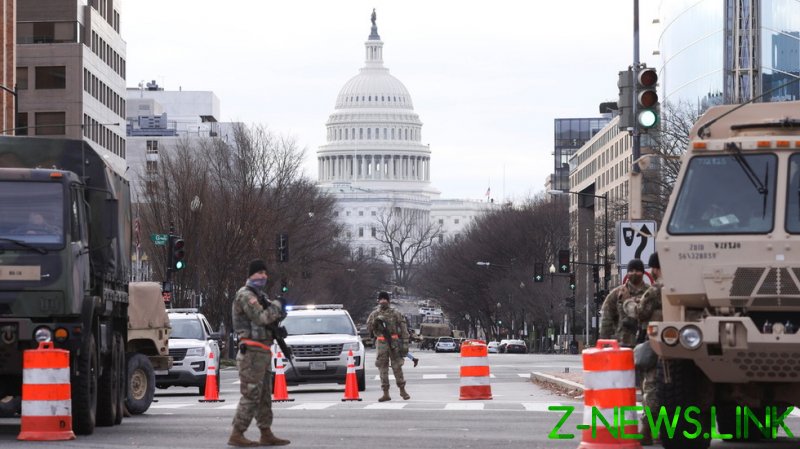 Bowser spoke to reporters on Tuesday regarding the thousands of National Guardsmen being brought to the District of Columbia from all across the nation to help provide beefed-up inauguration security in the wake of the January 6 US Capitol riot.

“It’s prudent to make sure that they’re being vetted and that anybody who cannot pledge allegiance to…,” Bowser said before pausing. Rather than saying “the Constitution” or “the United States,” she continued by saying, “their mission, and may be pulled by other views, needs not only to be removed from this duty; they need to be removed from the Guard.”

Following the Capitol breach by election-fraud protesters, Washington has its largest troop presence since the May 1965 Grand Review of the Armies following the Civil War, with about 25,000 National Guardsmen deployed to the city.

But Democrats, such as US Representatives Jason Crow (D-Colorado) and Steve Cohen (D-Tennessee), have raised concerns that the troops could themselves be a security threat, given the likelihood that many voted for US President Donald Trump. Cohen went so far as to say that those who voted for Trump “might want to do something” during the inauguration, suggesting that mere differences in political affiliation constitute a security threat in today’s America.

The Pentagon and FBI are racing to vet all 25,000 National Guard troops assigned to the inauguration. A dozen Guardsmen were removed from the detail after they were found to have alleged ties to right-wing militia groups or to have shared “extremist” material online, the Associated Press said on Tuesday, citing anonymous officials. But Acting Defense Secretary Chris Miller has said that no “insider threat” has been found through the vetting process, and officials confirmed that the 12 troops who were removed from the mission didn’t pose a threat to Biden. Presumably, every major troop deployment in history has involved people of differing political views and affiliations.

Bowser is apparently torn between her desire for strong security firepower and her fears of Republican troops. Fox News reporter John Roberts said the Democrat mayor asked that “crew-served machine guns be included in the National Guard’s arsenal,” but Homeland Security official Ken Cuccinelli denied the request, saying such weapons have no place in securing a civilian event.

Social media users suggested that Bowser’s comments suggested a “witch hunt” and were insulting to the National Guard. Others pointed to the “slippery slope” of questioning whether soldiers can do their jobs based on political affiliations, while still others noted that members of the military swear an oath only to the Constitution, not to a leader or a mission.

“At no time in our history have soldiers been required to swear their allegiance to a single individual,” one observer said on Twitter. “They swear their loyalty to the country, to the Constitution and to their commander-in-chief, not just the commander-in-chief they voted for. This vetting and Joe Biden disgust me.”

Another commenter tweeted, “Surrounded by 23,000 armed troops swearing an oath of allegiance, Biden’s installation looks more like a Banana Republic coup than an inauguration of the most popular president ever.”