Date for refloating Russia’s only aircraft carrier pushed back 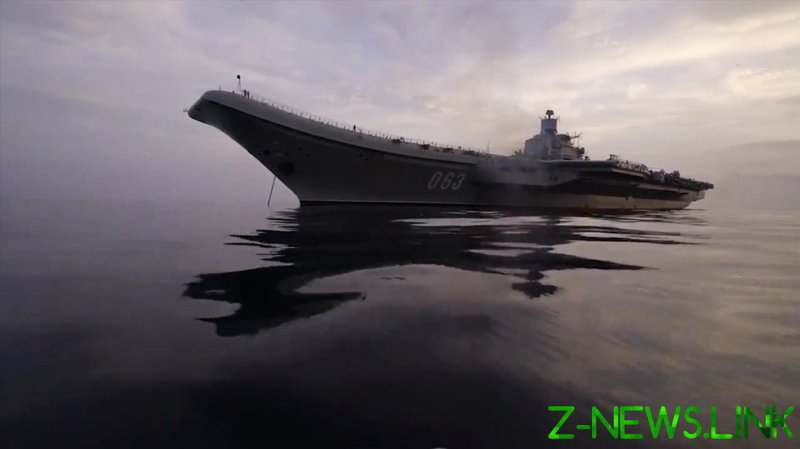 The Russian Navy will not welcome back into service its only aircraft carrier, the Admiral Kuznetsov, until at least 2024, the head of the Russian state-owned shipbuilding holding revealed on Tuesday.

The timeline for the warship’s upgrade has been moved back again by several months, said Alexey Rakhmanov, head of the United Shipbuilding Corporation. The ship will be transferred back to the military in the first quarter of 2024 rather than at the end of 2023, according to the latest schedule.

The Admiral Kuznetsov was built in the 1980s. In 2017, after a troubled tour to Syria, during which two of the ship’s fighter jets were lost while attempting to land on her deck, the Russian defense ministry contracted a major overhaul.

The upgrade suffered from a series of delays and incidents. In 2018, a floating dock sank while the Admiral Kuznetsov was being serviced, damaging her deck with a crane. The following year, the ship was damaged in a major fire caused by a fuel spill near ongoing welding works. Two people were killed in the blaze.

In September last year, Rakhmanov reported more delays due to the need to repair all four gas turbines powering the warship. Earlier assessments had determined that only one would require repair.

The aircraft carrier is currently in a dry dock in Murmansk. According to the executive, she will be refloated in September.