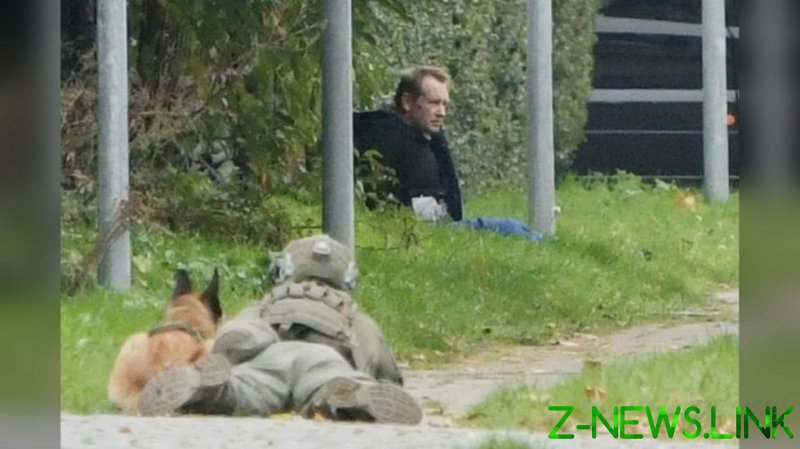 Peter Madsen escaped from Herstedvester prison, located in a suburb of Copenhagen, after threatening guards with an explosive device, and also possibly a “pistol-like object,” local media reported. Security forces cornered him after he fled several hundred meters from the prison. A photograph shows the convicted murderer leaning against a fence as two security personnel, wearing helmets and body armor, lie on the ground as they point their weapons at him. Snipers, a bomb squad and police dogs arrived on site, according to reports.

Police confirmed that they were responding to an attempted prison break and had cordoned off the area. 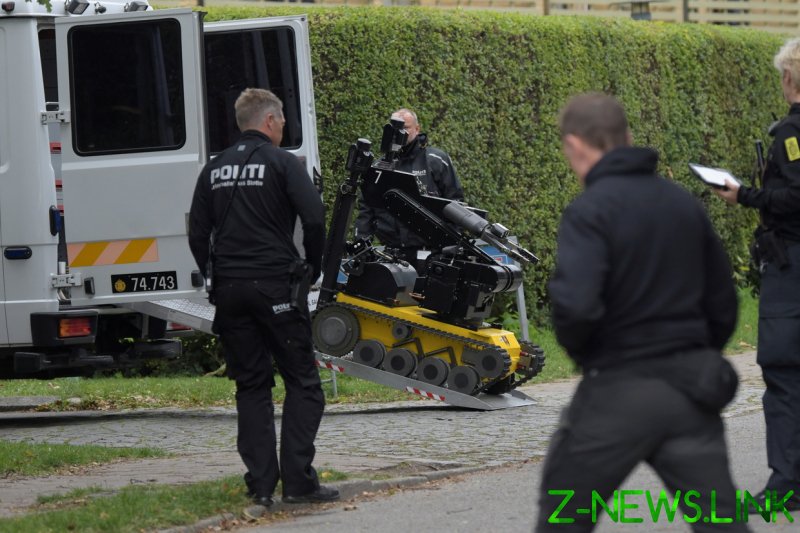 Police officers are seen as Peter Madsen (not pictued) is surrounded by the police in Albertslund, Denmark October 20, 2020. ©  Ritzau Scanpix/Nils Meilvang via REUTERS

After a standoff, law enforcement personnel arrested Madsen, who was reportedly wearing a suspicious belt-like object believed to be an explosive device. The Danish inventor had previously been placed in solitary confinement after prison officials suspected he was plotting an escape, according to Denmark’s Ekstra Bladet daily.

Madsen received life in prison in 2018 after being found guilty for the murder of Swedish journalist Kim Wall. The Dane purportedly killed the woman a year earlier while she was touring a submarine he had made. Madsen is believed to have stabbed Wall and then dismembered her. The body parts were later recovered in the waters south of Copenhagen.

The Danish inventor claimed that Kim had died in an accident on board his homemade sub. Prosecutors successfully argued that he had committed the murder, and pointed to videos of women being tortured and murdered that they found on Madsen’s workshop computer.