Home / WORLD / ‘Dad bod’ or six-pack abs? The answer is still obvious, but women are too woke to admit it

‘Dad bod’ or six-pack abs? The answer is still obvious, but women are too woke to admit it 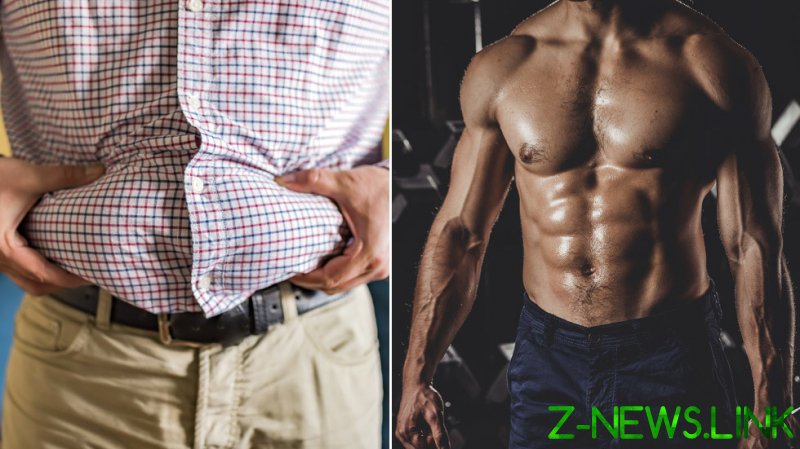 Better still, you could be considered more attractive by the opposite sex.

According to a survey by Dating.com, 75% of single women said they preferred dudes with doughy physiques compared to those with ripped bodies.

The poll, conducted with 2,000 singletons, found that only 15% of women sought a gym-honed boyfriend, which – on the surface – sounds mighty generous in an age of narcissism and self-entitlement.

“Fit and in-shape bodies are seen as ideal when it comes to attracting a partner, however [our] users proved that isn’t always the case when it comes to real-life romances,” said Maria Sullivan, vice president of Dating.com.

“Movies and TV shows tend to promote ‘Barbie and Ken’ body types, giving people the idea they need to look similar in order to find their match. We are happy to confirm that is not how the real world really operates.”

Unsurprisingly, this has been hailed as progress for the body positivity movement. But, before you cancel that gym membership in celebration, I urge you to read on – not least because I have major misgivings about the aforementioned findings…

Firstly, the term ‘dad bod’ bears no resemblance to what we think it does, so we’re not even operating on shared semantic meaning.

It first originated in the mid-2010s to describe the likes of Leonardo DiCaprio and Seth Rogen whenever they were photographed looking pot-bellied on the beach. Since then, it has morphed into something unrecognisable. Something all-encompassing and representative of even the slightest flaw.

Only last year, Hollywood hunk Zac Efron was said to be in possession of a dad bod – even though he’s one of the fittest, most handsome men in the industry. Personally, I’d sacrifice my first-born to look like him. So, if he’s the benchmark for a dad bod, then we’re all f***ed.

Secondly, and perhaps most importantly, the data in question smacks of response bias. This is the trend of research participants responding in ways they think they should, rather than how they are truly inclined.

In other words, they give polite answers that are deemed socially acceptable. And, given the climate we exist in, I totally understand this. Think about it: the totalitarian nature of cancel culture has meant that people are self-censoring on everything from politics to pop music.

This is particularly true of sex and relationships, which – for many – is probably the biggest ‘woke’ minefield of all.

As people dip their toes into the dating pool they’re told they must find all other races and ages equally sexy, even if they’re not a person’s particular type, otherwise risk being denounced as racist and ageist.

Things have got so ludicrous that straight men who refuse to sleep with gay men may be deemed homophobic, while – as the Advocate recently implied – lesbians who won’t date trans women may be flirting with fascism.

Ergo, it’s no surprise that singletons are particularly scared of saying anything that may be misconstrued as bigoted. Even by the inner voice in their own head. And, ultimately, that’s the sad thing about wokeness: it forces people to discard truth for what’s politically expedient.

We only need to look at the free market to see how women truly feel about the male ideal. After all, if they genuinely lusted after partners with dad bods, then why would films such as ‘Magic Mike’ and ‘Fifty Shades of Grey’ perform so well at the box office?

Why do male strippers never look like British Prime Minister Boris Johnson? And why do the ‘most-swiped’ on dating apps such as Tinder and Bumble repeatedly fit the same physical criteria – as opposed to short, bald men with a paunch?

The answer is hard-wired: human attraction is an evolutionary process that taught us to equate physicality with virility and survival.

And, while the truth may sometimes be ugly, the alternative is much less attractive.