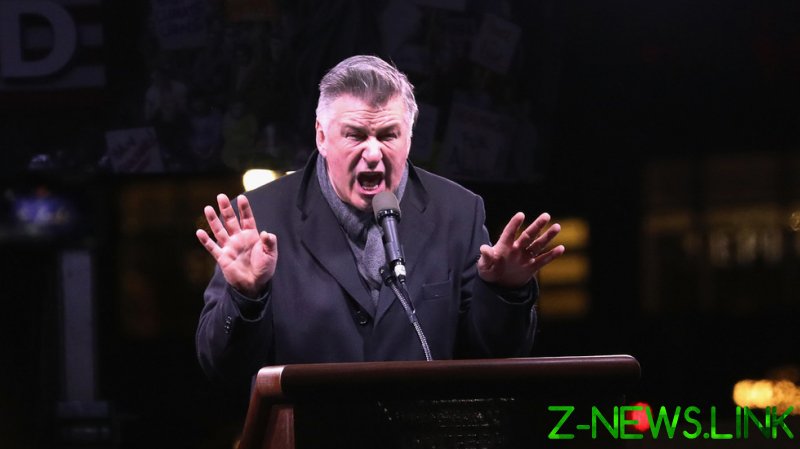 For four years, the sky has been falling for celebrities. While their lives have remained relatively unchanged based on who sits in the White House, that has not stopped a constant barrage of attacks against President Donald Trump, his supporters and anyone else who doubts Joe Biden and his horde of Democrat pals are the answer to all the world’s problems.

One would think Biden’s victory on election day would have been a moment to tone down the rhetoric and rejoice the victory in their fantasy battle against a man they just can’t stop accusing of being a misogynist, homophobe, white supremacist or worse. Even Biden has offered hollow calls for unification as Trump’s days in the White House wind down.

The Democrat’s victory, however, has had the opposite effect. It’s been a validation for the wildest, most unwarranted fantasies liberal celebrities and media pundits have had about Trump and anyone who dares to not vote Democrat. The violent rhetoric that became commonplace over the past four years, and somehow acceptable, when referring to conservatives has been injected with steroids since Biden’s win – and it’s likely to only get worse.

Alec Baldwin, who staged a career comeback and made the mainstream media forget numerous personal controversies with his portrayal of Trump on Saturday Night Live, questioned what the president ‘deserved for destroying the country’ on Twitter over the weekend.

Pepper spray, cuffs, a knee on his neck cutting off his oxygen or a “Rodney-King style” whaling.

One would assume the seeming call for violence would have come to the attention of the Twitter overlords so concerned with any and every tweet questioning election results. But apparently it’s just fine, because Baldwin is speaking about Trump and he’s a reliable liberal.

Anything goes when it comes to slamming conservatives these days. Liberals don’t even need to abide by their own politically correct rules when they attack. They can be homophobic or xenophobic… doesn’t matter. As long as you’re on the correct side of the political aisle.

It doesn’t even need to be Trump as a target. Singer Noah Cyrus recently made a racist comment about conservative author Candace Owens, calling her a “nappy a** heauxz,” and there was zero outrage from fellow celebrities who claim to back social justice, or a mainstream media that pounces anytime someone says anything that can be spun as racist or hateful in any way.

Will & Grace star Debra Messing, who previously seemed to call for a blacklist of Trump supporters in Hollywood, also recently called for Trump to be raped and hoped he becomes the “most popular boyfriend in prison.”

“@realDonaldTrump you are a weak, scared, stupid, inept, negligent, vindictive, narcissistic, criminal. I hope you live a long life in prison where you become the most popular boyfriend to all the inmates,” she wrote in a now-deleted tweet.

Scared she may lose her liberal bona fides, she followed up with an explanation of this potential rape scenario and proved exactly why she’s an actress and not a writer.

“Let me be clear: I said nothing about LGBTQI/queer LOVE. Rape is an act of violence. Trump has perpetrated violence on hundreds of millions of people. My hope is (and this is the first time in my life) that the tables are turned and he is the victim of perpetrators,” she wrote.

Note these attacks almost never carry with them any facts or real points. They are based on wild emotions, not rooted in any sort of reality. Ask Messing what “violence” against the US she’s referring to and she’ll likely make some vague connections between police brutality and Trump, or use the go-to argument that he acted too slow on the Covid-19 pandemic – despite a vaccine being rolled out to the public in an astonishingly short amount of time.

That vaccine hasn’t even calmed public voices on the left, though. If anything, it’s just been another excuse to wish death on ‘the enemy.’

Star Trek actor and liberal activist George Takei openly wished Sen. Marco Rubio (R-Florida) had an allergic reaction to the vaccine after he took it over the weekend… all because the senator has been critical of the effects of lockdown restrictions.

Late-night host Jimmy Kimmel, who claims to be a comedian but seems more suited to be an MSNBC pundit, also slammed Vice President Mike Pence for taking the vaccine, saying he’s only earned “a bottle of Clorox and a heat lamp.”

On and on it goes. Biden’s win has not brought anything even closely related to unification to this fractured nation. Instead, his supposed record amount of votes has given a pat on the back to the most vile liberals and talking heads, who use their platforms to aggressively push back against bipartisanship and seeing beyond politics.

If the current moment is any sign of what is to come, then the safe bet is that Biden’s days in the White House will offer us more vicious attacks against anyone who dares to question the liberal narratives shoved down our throats by Hollywood’s loudest and most obnoxious voices.