Home / FUNNY NEWS / Curiosity of the day: a resident of Israel divorced his wife because of the unusual phobias

Curiosity of the day: a resident of Israel divorced his wife because of the unusual phobias 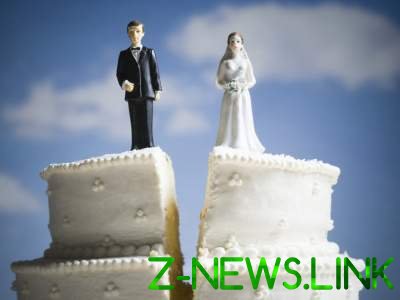 An unusual claim for divorce filed in the rabbinical court of Haifa (Israel). In this digital age of divorce often happens because of virtual communication in social networks, online Dating, and the like. This claim is also associated with computer technologies, but it is so non-standard that attracted the attention of journalists.

People who wanted to leave, says that his wife left him for … games. “All attempts of the plaintiff to speak with the defendant, to enter his life and in the lives of his children ended in nothing. The defendant chained to the computer screen, her apathy, the complete lack of participation in family life also harm children crave a parent’s attention, but received only indifference and rejection, not once had them to tears, ” says the lawsuit.

According to the lawyer guy Ophir, representing the plaintiff, the wife and I have five years did not have husband and marital relations, thus causing him “physical and emotional suffering.”

Read also: In Kiev, was kidnapped from poultry farm eggs for 800 thousand hryvnias

In light of these circumstances, the plaintiff asks the rabbinical court to compel the wife to consent to a divorce and free him from the obligations in the ketubah.

See also:  74-the summer inhabitant of Kiev were left without shelter because of "interest-free" loan