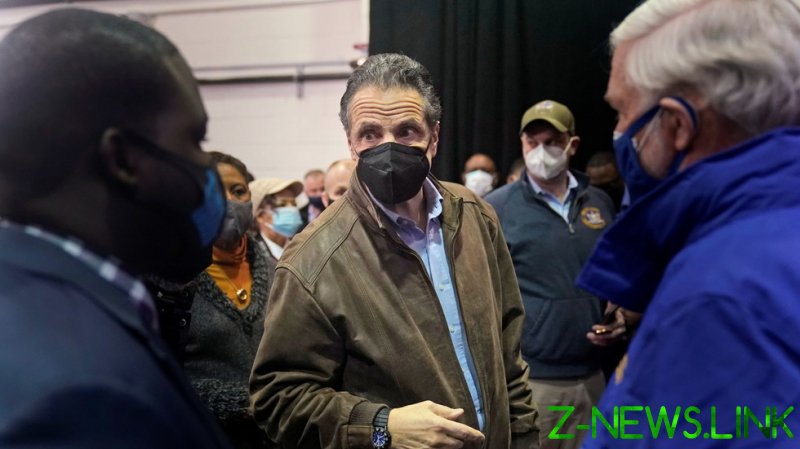 A day after emphatically denying any improper conduct towards his second accuser, former aide Charlotte Bennet, Cuomo appeared to make a U-turn on Sunday, admitting that some of his “jokes” might have come across the wrong way.

In a lengthy statement, the embattled governor said that he “now understands” that some of his interactions with the staffers “may have been insensitive or too personal.” He insisted, though, that he did not mean any harm, arguing that “some of the things” he said “have been misinterpreted as unwanted flirtation.”

“To the extent anyone felt that way, I am truly sorry about that,” Cuomo wrote. He appeared to blame the purported misunderstanding on him being “playful” and making “jokes.”

“I have teased people about their personal lives, their relationships, about getting married or not getting married. I mean no offense and only attempt to add some levity and banter to what is a very serious business,” Cuomo said.

The mea culpa, however, did not sit well with those critical of the governor, sparking a fresh wave of indignation.

“It doesn’t absolve him, it implicates him,” Bramer wrote.

A member of a sexual harassment working group in New York, Erica Vladimer, lambasted the letter as “an absolutely disgusting, gaslighting response.”  There was no ownership of his actions, and it instead blamed his victims for “misinterpreting” his “playfulness,” she said.

READ MORE: After backlash over ‘outside review’ of sexual-harassment claims, Cuomo asks AG & chief judge to pick counsel to investigate

Journalist Megyn Kelly, who was first to conduct on-camera interview with Biden accuser Tara Reade, ripped Cuomo’s response to the allegations, accusing the governor of trying to trying to portray his accusers as “stupid.”

“So, [Cuomo]’s accusers are too stupid to understand that this was just the same ‘playful’ Guv that we saw… at *press conferences??* Is it ‘playful’ to touch one’s employees’ legs & kiss them on the lips against their will?”

As calls for Cuomo’s immediate resignation have been mounting, the governor first chose former federal judge Barbara Jones to conduct an “outside review” of the claims. After the proposal was rejected amid concerns that the investigation could be influenced by Cuomo himself, the governor asked New York’s attorney general Letitia James and the chief appellate court judge to jointly choose an independent counsel. However, this proposal also faced pushback, with James demanding the governor make a referral “solely to her office,” giving her subpoena powers. Eventually, Cuomo’s cabinet conceded, with James saying on Sunday that she would hire a law firm to investigate the claims made by Cuomo’s former staffers, Charlotte Bennett and Lindsey Boylan.

Once a media darling, hailed for his “virus leadership” amidst the Covid-19 pandemic, Cuomo has suffered a rapid fall from grace since it was revealed that his office underreported the number of nursing homes deaths by as much as 50 percent in an apparent bid to avoid giving the Trump administration political ammunition. The governor has been the subject of a preliminary FBI probe into his handling of the data.